This year’s 10th Anniversary Walk for Life West Coast gave us the opportunity to thank those who have stood with us in past years in defense of the littlest among us. We invited all past Walk speakers to join us. Not all could do so, of course–these folks have very busy schedules! But 19 past speakers could make it. Here is a photo taken before the rally with most of them. We will try to find and post a picture with all speakers. 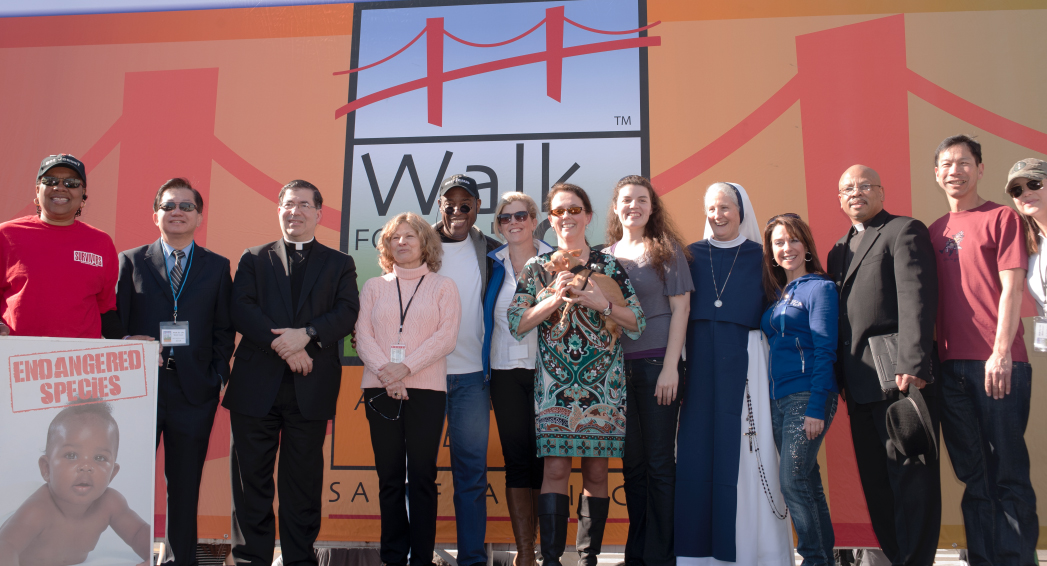 How grateful we are to have had such wonderful speakers over the years, this year, and into the future!