The pro-life generation is a big one! KQED, our local public TV station was at the Walk for Life West Coast:

“81-year-old Salvador Rodriguez travelled from the Central Valley town of Sanger to be at the march. Rodriguez said he has been at every Walk for Life West Coast going back to 2005.

“Abortion is terrible,” Rodriguez said. “We’ve got to give the babies a chance.”

Bless you Mr. Rodriguez! What an inspiration you are to younger members of the pro-life generation!

KQED also had this nice picture of good Anglican clergymen, and reported that some had come from as far away as Atlanta! Wow! We had not known that. Thank you, Fathers!! 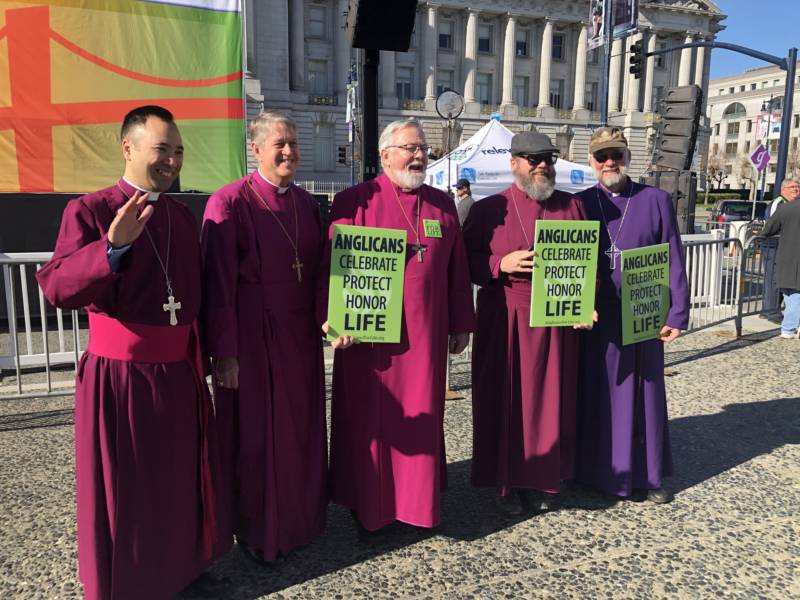