Arizona State Students for Life at the Walk! 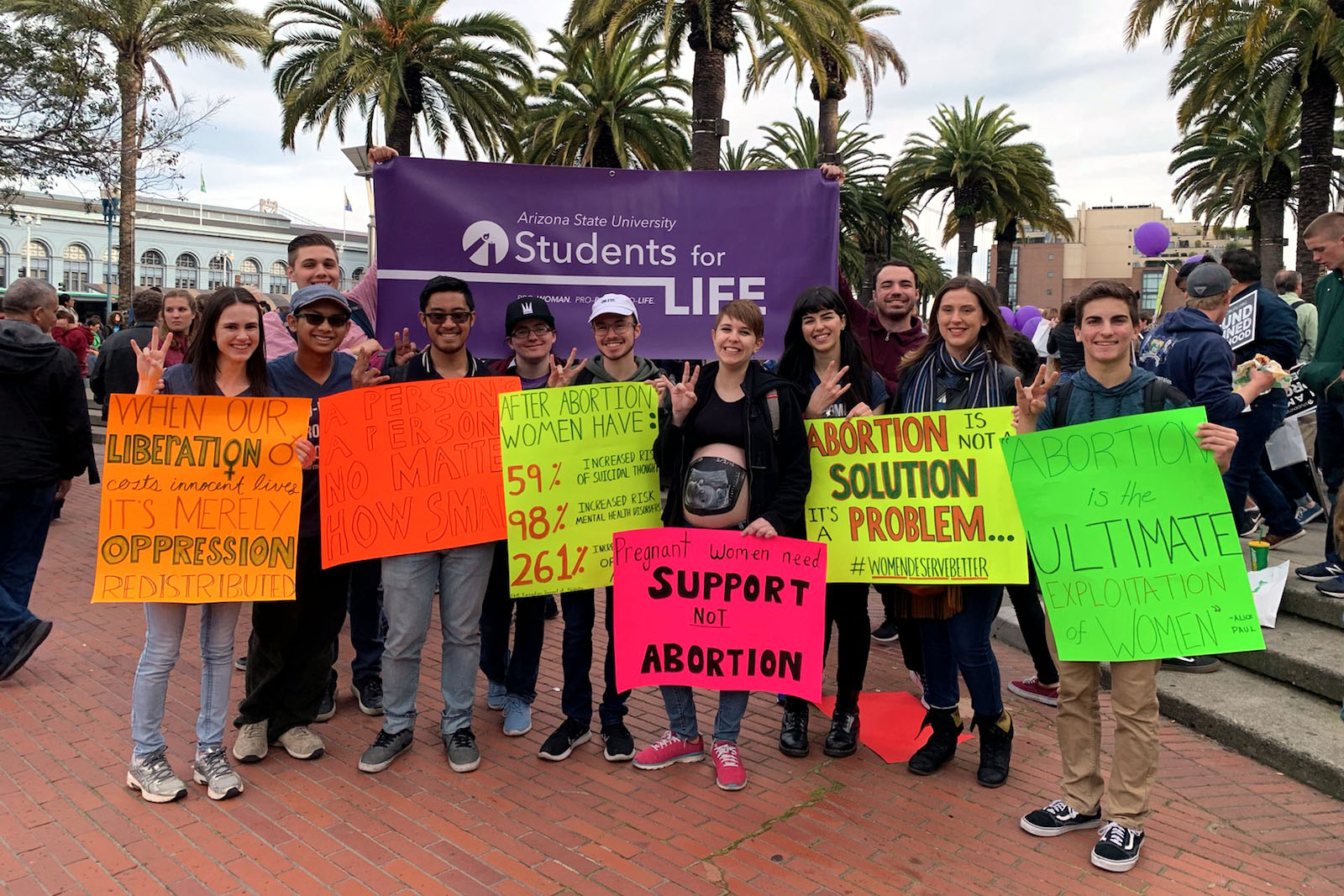 The Catholic Sun, newspaper of the Diocese of Phoenix, has the story:

“Do not be ashamed to bear your testimony to our Lord, but bear your share of hardship for the Gospel,” said Archbishop Salvatore Cordileone of San Francisco. The remarks came at the Walk for Life Mass Jan. 28 at St. Mary’s Cathedral in San Francisco, where Pope Francis granted a plenary indulgence to all Catholics.

The day of pro-life activities on began with the special Mass celebrated by Archbishop Cordileone alongside nine other bishops from the region. In his homily, the archbishop addressed how secularized moral values, including the rise of abortion and contraception, has harmed the sanctity of the family and human life. The bishop told the faithful they will encounter adversity when defending their Catholic values, just as the Apostles did when Jesus sent them out “as lambs among wolves.”

“The world will hate us for it, and attack us for it. That’s what happened to Pope Paul after Humanae Vitae,” the bishop said, referring to Pope St. Paul VI’s 1968 papal encyclical that reaffirmed the Church’s teaching on the use of artificial contraceptives.