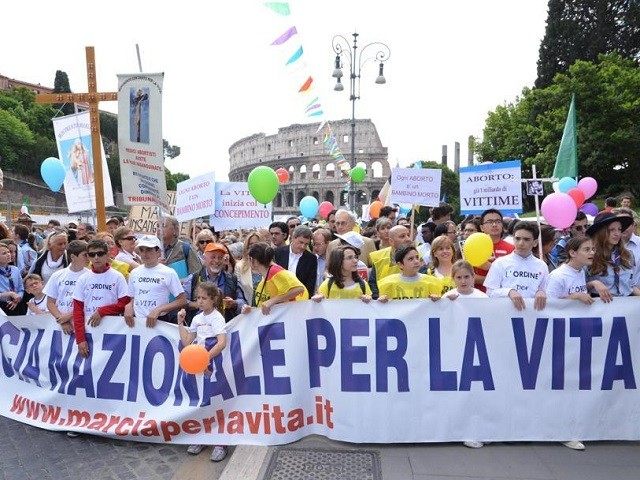 On Mother’s Day, 40,000 people gathered in Rome for the fifth annual March for Life. Unfortunately, in Italy abortion is legal through the third month of pregnancy and now they have one of the lowest birth rates in Europe. In fact, as LifeNews previously reported, Italian health minister Beatrice Lorenzin said that Italy is a “dying country” because of their record low birth rate.

Since 1981, Italy’s birth rate has fallen to 8.4 per 1,000 people. Lorenzin explained, “We are at the threshold where people who die are not being replaced by newborns. That means we are a dying country. This situation has enormous implications for every sector: the economy, society, health, pensions, just to give a few examples.”

The theme of the march was “For Life, No Compromise” and Pope Francis spoke to those who attended the event. He said, “It is important to collaborate together to promote and defend life.” In January, Pope Francis called Christians in Italy to “a renewed esteem of the human person and a more adequate care of life, from conception to natural death.”