Here’s an inspiring story from El Cid, the student newspaper of Cathedral Catholic High School in San Diego. We hope they do a follow-up on their experiences at the Walk! 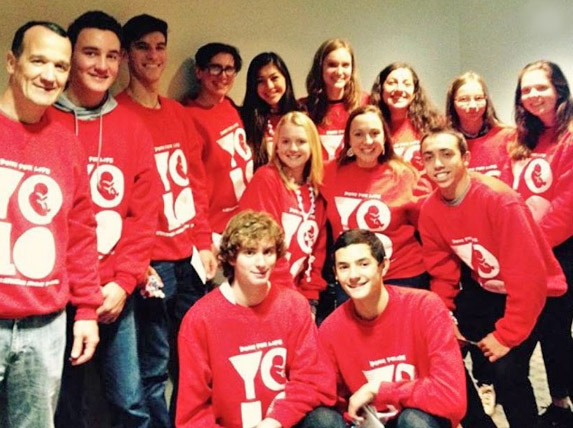 The Dons for Life club took a big step with the pro-life movement today by joining the Walk for Life West Coast event in the heart of San Francisco.

“As a Catholic school, we have to demonstrate we are pro-life,” Cathedral Catholic High School Principal Mr. Kevin Calkins said. “Clearly, one way you do that is to go and advocate for the unborn.”

Beginning at Saint Mary’s Cathedral in San Francisco, 12 students and two chaperones from the Dons for Life club will march for the pro-life movement. In addition, they will display a large red banner with the CCHS name and emblem, proclaiming Dons are pro-life supporters.

Yet, not everything is as easy as taking a walk.

“This issue can be very sensitive even on our campus,” Mr. Calkins said. “I feel like students would rather just get along than take a position.”

Students at CCHS often voice their opinions regarding reproductive rights issues. The debates get heated with many leading to unhappy endings. The turmoil can be hard to conquer, but CCHS student and Dons for Life member Emily Smedley ’18 is still attending the event as a pro-life supporter.

“In high school, being pro-choice is normal,” Smedley said. “Being pro-life is stigmatized with a negative connotation.”

To further the debate, many women believe men should not have a say in a woman’s choice. However, men will be joining thousands of women to debunk the stereotype that men have no voice regarding this issue.

Women frequently believe the saying “my body, my choice,” but CCHS math teacher Christine LaPorte believes otherwise. She even reaches out to CCHS boys to join in the movement and take action.

“A lot of people think pro-life is just a female movement, but it’s not,” Ms. LaPorte said….

Mr. Calkins, Ms. LaPorte, and Dons for Life welcome anyone to ask questions and join them on a walk for life.

“I’m standing firm by going,” Mr. Calkins said. “Sometimes what you do and don’t do is a statement within itself. I hope this is the beginning of an effort to be unapologetically and comprehensively pro-life.”

Did your school or parish go to the Walk? Send your stories and pictures tomailto:info@walkforlifewc.com