Here’s the beginning of Valerie Schmalz’s article on the Walk in Catholic News Service. CNS stories go to many Catholic publications–this links to the one in National Catholic Reporter. 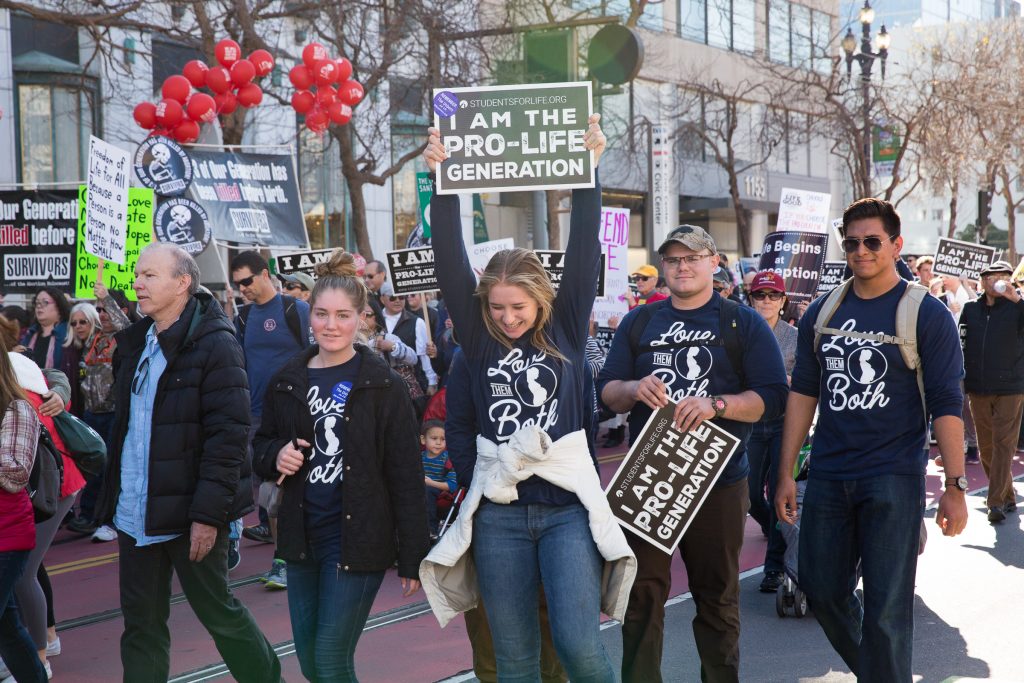 Smiling and singing “Amazing Grace” and the “Battle Hymn of the Republic,” hundreds of high school and college students led tens of thousands of pro-life supporters along San Francisco’s Market Street in the 14th Annual Walk for Life West Coast.

The event, which begins each year with a rally in the Civic Center, is followed by the walk from City Hall to the wharf behind a street-wide banner that proclaims, “Abortion Hurts Women.” This year the Walk for Life was held Jan. 27, one week after more than 50,000 pink-clad participants in the Women’s March converged on the city’s downtown streets.

Eva Muntean, the pro-life event’s co-chair, wore a pink shirt, for the Walk for Life, saying she was “taking back pink,” which supporters of legal abortion have made their signature color.

“We are here to take back the narrative that abortion is a right,” Muntean told the crowd from the stage in front of City Hall.