Great story about the Walk for Life West Coast in the National Catholic Register. 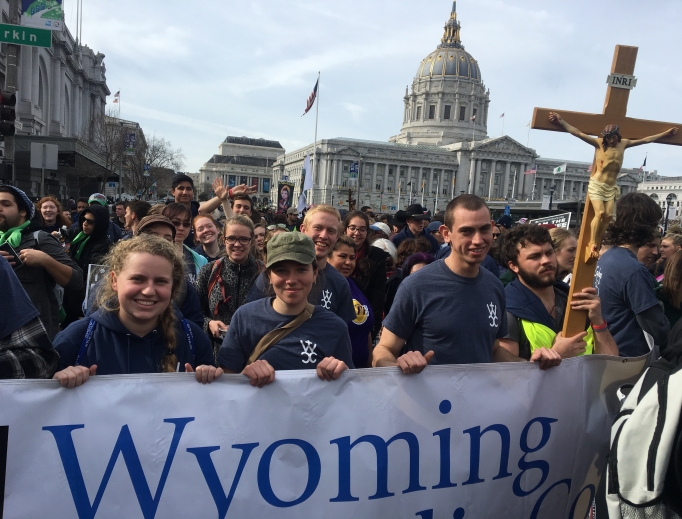 SAN FRANCISCO — Tens of thousands of pro-lifers came to San Francisco Jan. 26 for the 15th-annual Walk for Life West Coast (WalkforLifeWC.com). Broadcast on EWTN, the walk began with a lunchtime rally at the Civic Center Plaza, followed by a nearly two-mile walk down Market Street to Justin Herman Plaza.  The event is a peaceful protest of the U.S. Supreme Court’s Roe v. Wade decision announced Jan. 22, 1973, striking down the nation’s anti-abortion laws.

Clarisse Siu leads the pro-life apostolate of Star of the Sea parish in San Francisco.  This year was her fourth walk, with 100 people participating from her parish.

“It was an awesome day, the weather was beautiful, and we didn’t see too many counterprotesters,” Siu told the Register….”

And check out this crazy great video of WCC students being greeted by TAC students!