“Some pretty significant comparisons”: Opposition to the Walk for Life West Coast

Posted on Jan 31, 2017 in 2017 Walk for Life, Blog, High Schoolers for Life!, Opposition to Walk for Life, Students For Life, Your Photos, Your Stories

Comparing Walk for Lifers to those who oppose the Walk may seem like shooting fish in a barrel, but it is, in fact, quite instructive. Here’s an article from Regina Magazine by “Kenneth Chavez” (“pseudonym of a West Coast Clergyman”)

“I have been attending the ‘Walk for Life West Coast’ for years.  Like many, I am always amazed that 50,000 to 70,000 people can literally swarm over the bulk of downtown San Francisco — to resounding silence in the mainstream media. It’s as if only some people’s voices matter.

As usual, there are protesters.  They stand on the sidewalk and shout slogans and epithets at the walkers. But oddly, there seemed to be fewer of them this year.

Nevertheless. their appearance enables all of us to make some pretty significant comparisons.

On the ‘Walk for Life’ there are many older and middle aged people, though the vast majority are young — high school or college students. 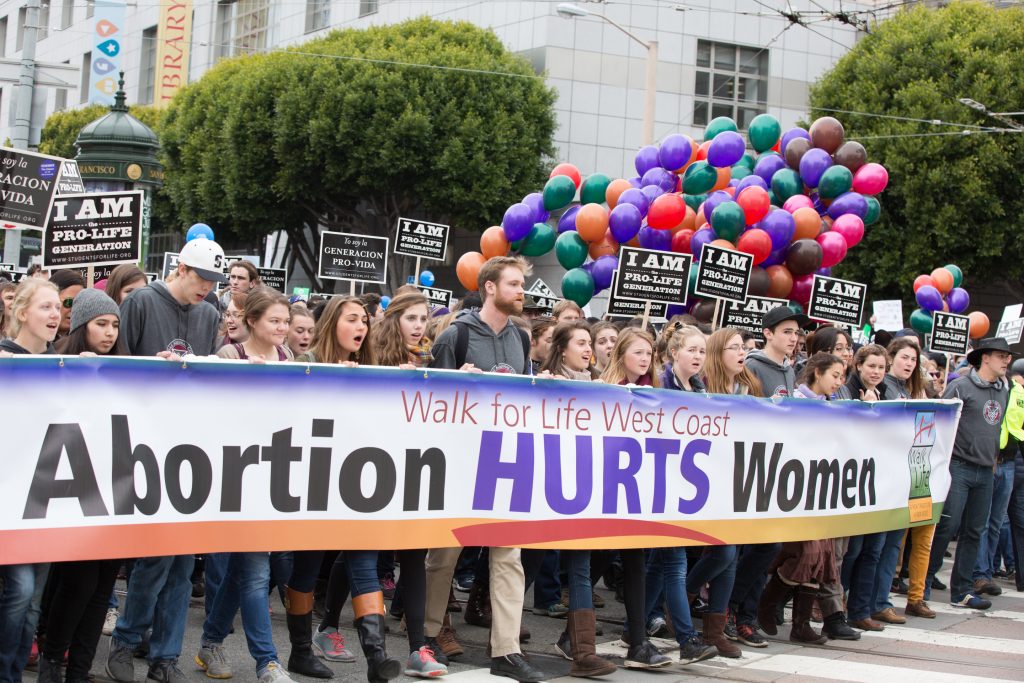 Bizarrely, the protesters are always middle aged or older. 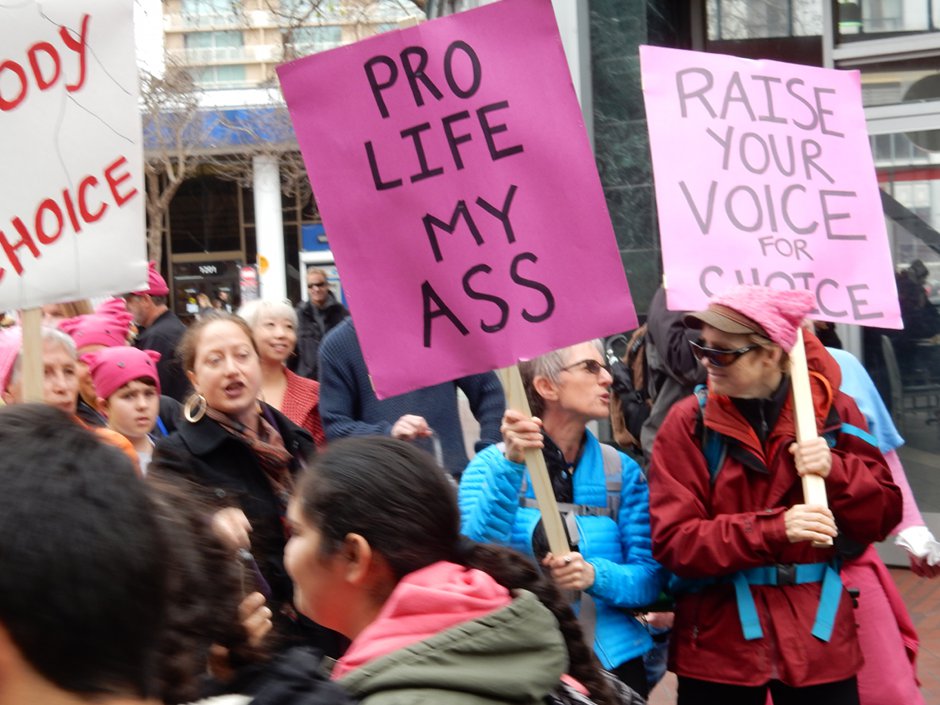 The contrast is enormous.  On the ‘Walk’ there are many young people smiling, singing and chattering as they walk along. The energy level is high, the mood expansive. 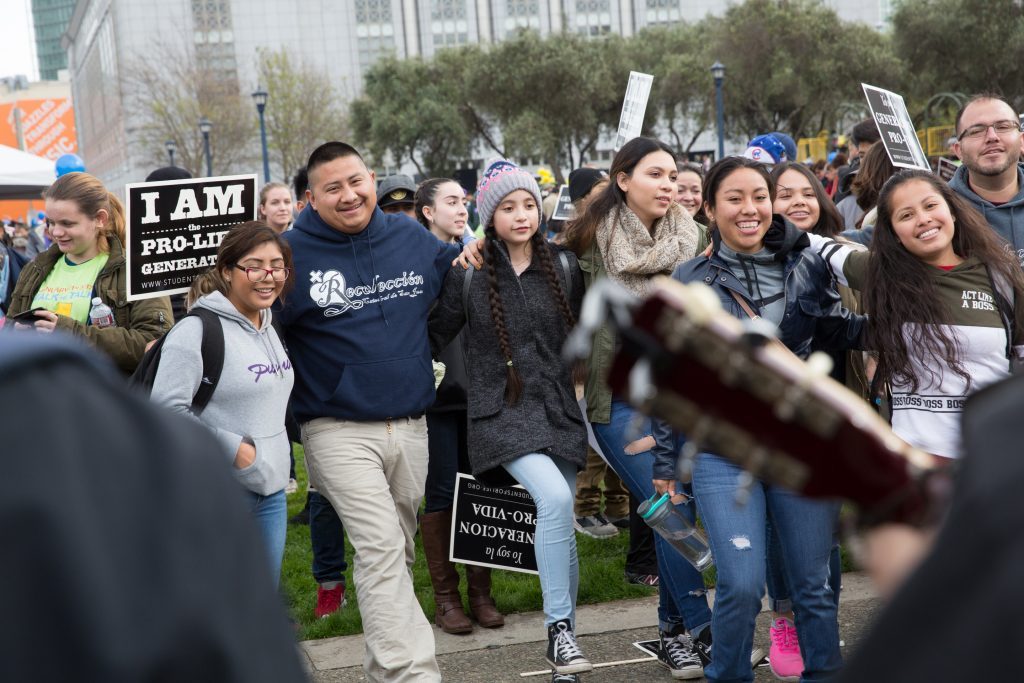 And on the sidewalk there are the old people, with angry expressions, screaming with venom and fury, defensive and protective.

For us walkers, it is a bit like heaven passing the gates of Hell.  It feels as if there is nothing that would allow us to cross to their side or them to cross over to ours.

I think about these protesters. I am sure they once had dreams.  In many ways, according to their expectations, the world was changing. Contraception and abortion were more readily available and they were living in hope and expectation.

And now they see all these young people wanting to take the world back to what they must surely think is ‘the dark ages’; that is, when life was respected and women carried themselves with a certain dignity. And so they are angry, and they believe their anger is justified.

Their anger is manifested in costume. These people are dressed sloppily, sometimes with hats and other appendages calculated to make them appear grotesque.

Also, their angry faces and the venom in their shouts makes them the opposite of attractive. They are ugly.  They show nothing that would engage others or induce people to try to understand their point of view. One older woman stood in a pelvic slouch and flashed us her middle fingers with both hands, the pinnacle of unattractive.  It was utterly repelling. 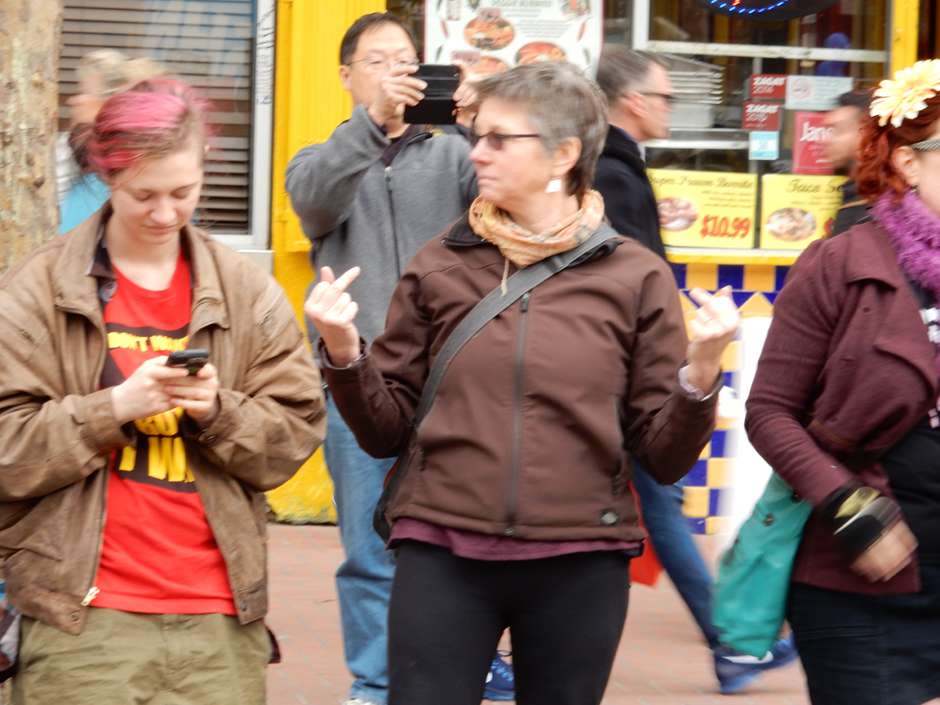 Their chanting makes no sense.  They scream “my body, my choice” regardless of the fact that a baby in the womb is not their body and it is a choice they should not have.

‘Walk for Life, West Coast 2017’ is now in the history books.  You won’t find it in the archive of any major newspaper, but the memory of a single witness in the midst of an angry world will endure. In the memories of the young people carrying history on their shoulders and now, in the photos and articles of the alternate, honest, new media. “ 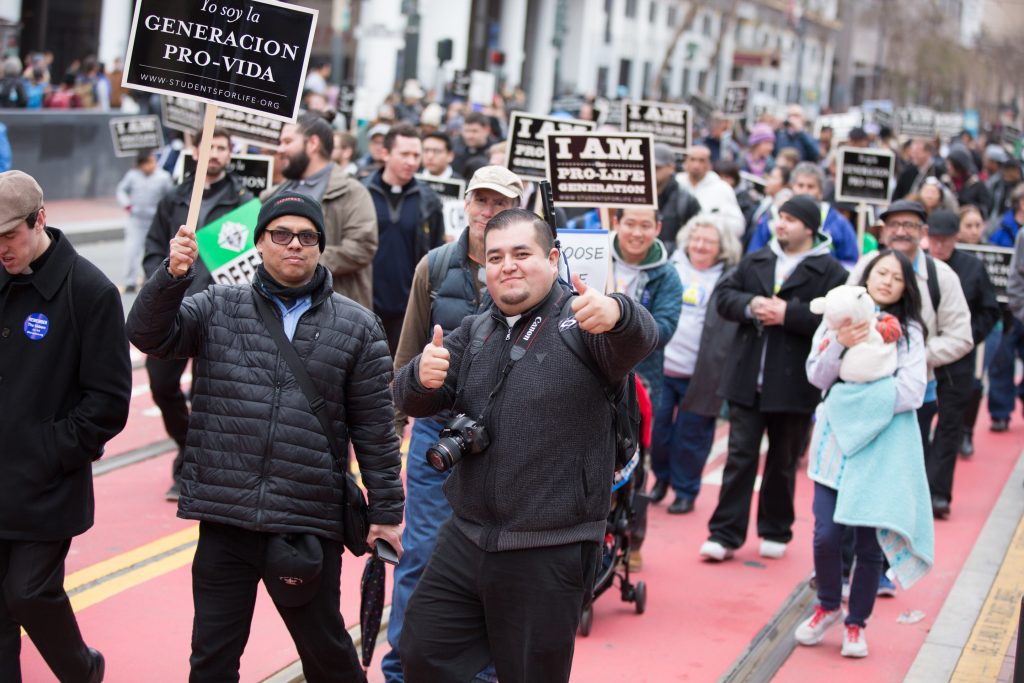