Interesting observations from Dexter Duggan, from a long article in The Wanderer. 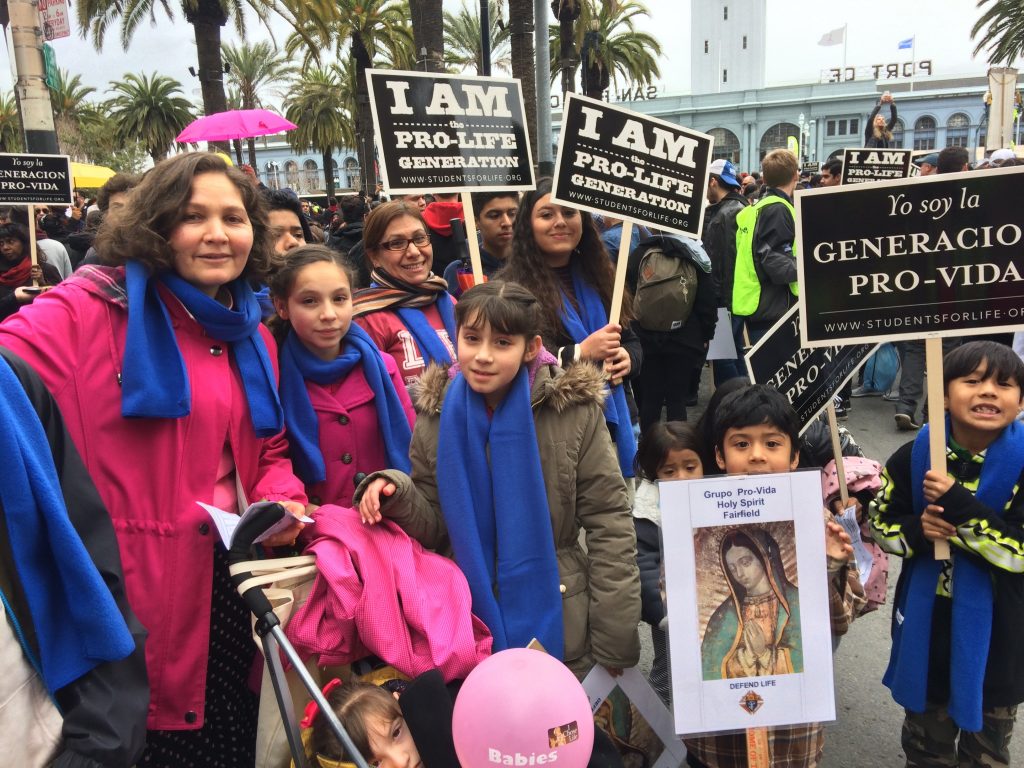 “In what amounted to strange symbolism, fierce foes of Donald Trump virtually invited the public to tread upon and thereby dirty their posters that proclaimed derision of traditional morality. Here’s how that came about.

Coincidentally in 2017, the West’s largest annual pro-life march occurred immediately before, and in the very same location of, the local anti-Donald Trump demonstration scheduled the day after the new president’s January 20 inauguration.

The Walk for Life West Coast marches through San Francisco on the Saturday closest to the January 22 date of the U.S. Supreme Court’s unreasoned imposition of massive national permissive abortion in 1973.

In recent years, tens of thousands of pro-lifers have rallied for an hour at the plaza in front of San Francisco City Hall, then marched for another hour or so along downtown thoroughfare Market Street to the Ferry Building on the bay.

This year, by prearrangement to avoid conflicts over space by the two groups, the anti-Trump tens of thousands began their own rally on the same plaza less than two hours after the pro-lifers departed for Market Street.

The pro-life rally organizers held to their traditional standard of avoiding explicit political identification because they believe pro-life activism is wider than partisanship. But it was hard to avoid rally speakers acknowledging positive news from the nation’s capital about the new climate under Republican Trump.

The Trump haters, on the other hand, made plain their overt partisan fealty to social radicalism as they rallied then headed to demonstrate on Market Street.

Warning her reporters against openly joining anti-Trump activities, Audrey Cooper, editor of the San Francisco Chronicle, reportedly cautioned staff journalists: “No newsroom employee, regardless of job function or title, can participate in political demonstrations of any sort.” The liberal Chronicle is northern California’s largest daily.

When pro-lifers here concluded their January 21 march, they continued carrying signs with them while departing — often the well-known “I Am the Pro-Life Generation” poster in either English or Spanish — instead of just throwing them away.

However, pedestrians along some of Market Street and adjoining territory saw numerous discarded “women’s rights” posters scattered around, even lying right in the middle of the sidewalk…”