From the December 11 issue of California Catholic Daily:

From its beginning in 2005, San Francisco’s Walk for Life West Coast has been defined by both its diversity and its youth. The 12th Annual Walk on January 23, 2016 will feature two international stars of the pro-life movement as well as one of America’s pre-eminent young pro-life activists.

Walk co-chair Dolores Meehan told CalCatholic “The pro-life movement is never just a local movement. The fight for the unborn and vulnerable that we fight in San Francisco does not have any borders.” Eva Muntean, the Walk’s other co-chair agreed:  “The pro-life movement is represented in every country on the planet, and we are delighted and honored to welcome speakers who exemplify that diversity.” 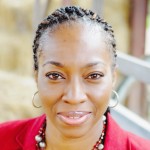 One of the 2016 speakers is Jesús Emmanuel Acha Martinez, known everywhere throughout the Spanish-speaking world simply as Emmanuel. Mexico’s biggest star in the 1980’s, Emmanuel is also a devoted pro-life activist.

From Africa comes Obianuju Ekeocha, founder and president of Culture of Life Africa. Obianuju has advised almost 20 African bishops on women’s and life issues, has met with Pope Francis, and co-authored two declarations with African bishops promoting the gospel of life in Africa.

Best known to American pro-lifers is David Daleiden, the millennial who shocked the conscience of America with his videos documenting Planned Parenthood’s trafficking in the body parts of aborted children. Despite the efforts by Planned Parenthood and their accomplices in the mainstream media to declare his Center for Medical Progress videos “debunked” or “misleading,” they have been unable to offer any evidence supporting those claims. Daleiden’s exposé of the loathsome callousness with which the organization’s representatives discussed the cutting up of human beings led to congressional hearings and has provoked Republican lawmakers to defund Planned Parenthood. At least a dozen states have instituted investigations into the abortion business’s organ harvesting.

On December 3, 2015, in an historic vote, the Senate passed a bill stripping Planned Parenthood of public funding. The bill passed 52-47. While President Barack Obama is certain to veto the legislation, the legislation is there, the action was taken, and not all Presidents would veto. Eva Muntean said “David’s work exposing the reality of Planned Parenthood has been monumentally important. He has been to the Walk before as an attendee, and we are delighted to have him now back as a speaker.”