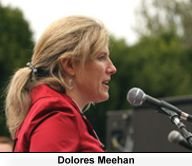 “It’s almost a dereliction of duty how the MSM virtually ignores upward of 50K peaceful demonstrators blocking San Francisco’s main thoroughfare. They may not want to acknowledge that the Walk for Life West coast is the fastest growing movement among young people in the San Francisco Bay Area, but you’d think they’d at least let frustrated motorists know they’ll be stuck in traffic for a few hours longer than expected.”

Being good citizens, we sent out a press release earlier today pleading with our local media to let our fellow San Franciscan’s know how crowded it will be on Saturday. We’ll see if they do so. If not, well, as Dolo said a couple of year’s ago “You can hide from the truth but you can’t hide from the traffic!”