“What stood out to me was how happy they were.” RedState covers Walk for Life West Coast.

Did You Hear About Pro-Life Women (And Men) Marching In San Francisco?
By Jennifer Van Laar

And no, they were not a part of the ‘Women’s March.’ The Walk for Life West Coast has been held in San Francisco on the weekend as close to January 22nd as possible (the date of the Roe v. Wade decision) for the past 13 years, starting with a rally at the Civic Center and then walking down Market Street to Justin Herman Plaza. 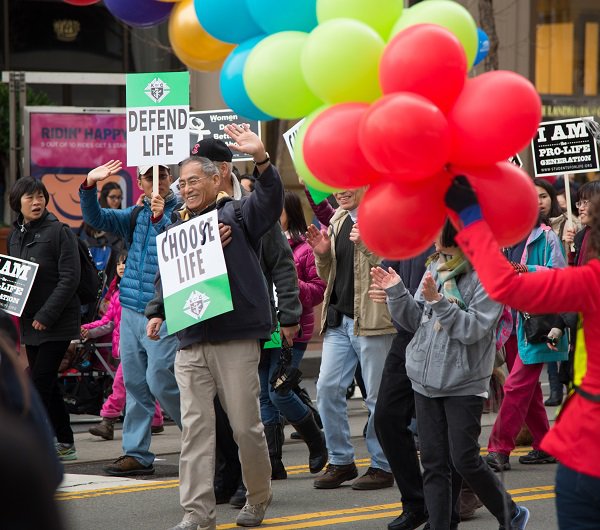 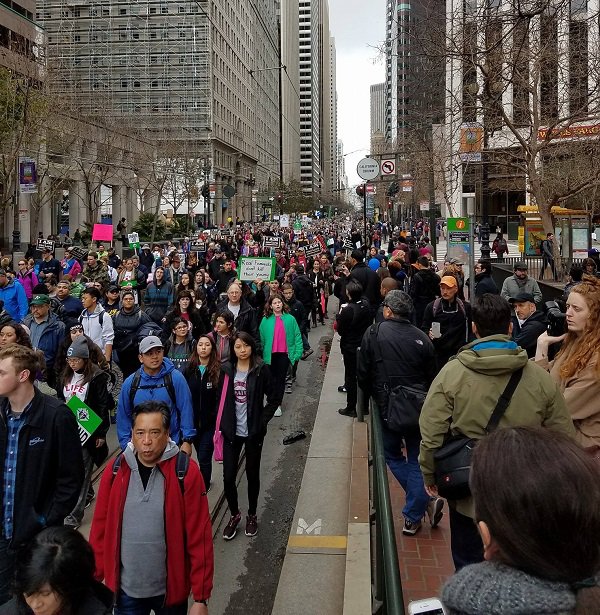 From the photographer, Chris Mayer:

The women’s march is one time. The pro-life march is every year. The crowd goes back as far as you can see, at least 5 long blocks.

The ‘feminist’ narrative is that millennial women reject the old, tired notions of patriarchal society and that men are not allowed to have any opinions on female bodies or reproductive rights. In contrast to that exclusionary mindset, Mayer found there were a lot of young women – and young men marching as well.

When asked about the mood of the crowd, Mayer said, ‘What stood out to me was how happy they were.’

Mayer took a look at Bay Area news sites Saturday night and, not surprisingly, the pro-life march wasn’t mentioned on the front page of any of them.”