“The annual March for Life is consistently the largest perennial public demonstration in America. Yet it is virtually censored by the mainstream media. 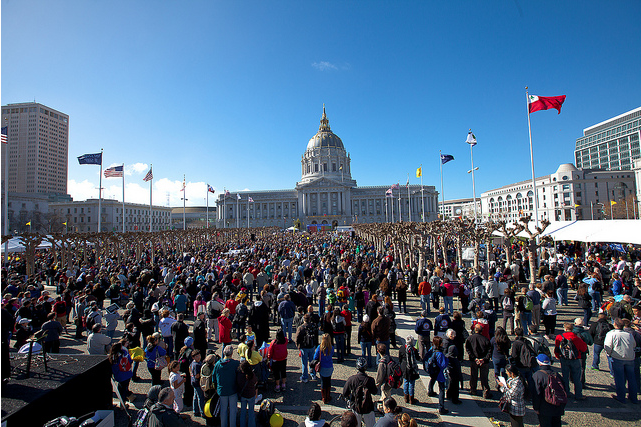 On Saturday, Jan. 26, over 500,000 men, women and children braved snowfall and freezing temperatures to march through Washington D.C. to protest the 40th anniversary of Roe v. Wade, the Supreme Court decision legalizing abortion.

Simultaneously, on the west coast, over 50,000 joined the Walk for Life through the streets of San Francisco.

But you wouldn’t know it from the Make-Believe Media‘s coverage of these events.”

It’s true, but they are just fooling themselves–as one of our co-founders Dolores Meehan said today: “You can avoid the truth, but you can’t avoid the traffic!”