Zombie, who describes himself as “moderately pro-choice” provides fair and blanced covereage of the Walk and our opposition. A couple of his observations:

Comparing the sizes of the Walk and its opposition:

‘What if they gave a war and nobody came?’ Because while huge numbers of people did indeed show up, the two camps studiously avoided each other. Well, that’s not entirely true: The main army of about 1,000 leftists put on a little show to amuse themselves and then basically fled the field of battle before the vastly more numerous pro-life crowd even started marching. Only a handful of leftists stayed around to confront their opponents, but they drowned in a sea of 50,000 pro-lifers. (Yes, it was that lopsided.)”

On the opposition’s “flash mob”:

“The whole point behind ‘flash mobs”’is that they are supposed to happen ‘spontaneously,’ or at least ‘pseudo-spontaneously,’ in which several hundred people surreptitiously gather in some crowded downtown location and suddenly erupt into coordinated dancing or whatever, to the utter astonishment of all the shocked squares around them. In fact, ‘shocking the squares’ is the only reason why any flash mob exists; there’d be no point in organizing a flash mob in the middle of nowhere with no oblivious witnesses around to observe it.

Similarly, there’d be no point in publicly pre-announcing a flash mob and then performing exclusively for people who know about it ahead of time, all of whom showed up specifically to watch the ‘show.’ That’s not spontaneous, and no one is surprised. But that’s exactly what happened at the Embarcadero: The speakers kept announcing, ‘The surprise performance will be happening soon! Get ready!’ To which the audience would cheer, ‘Yay, the flash mob! This is gonna be great!’ Talk about defeating the purpose.”

On the size of the Walk:

“At this point I scampered over to the Civic Center to see how the real Walk for Life was shaping up.

Seriously, I was not prepared for the size of the crowd. I had asked a policeman preparing the route along Market Street about the size of the protest, and he said it was ‘the biggest I’ve ever seen.’”

Here are a few of Zombie’s pictures. Their are lots more, plus video and his article at his website. Warning: contains some graphic imagery and video. 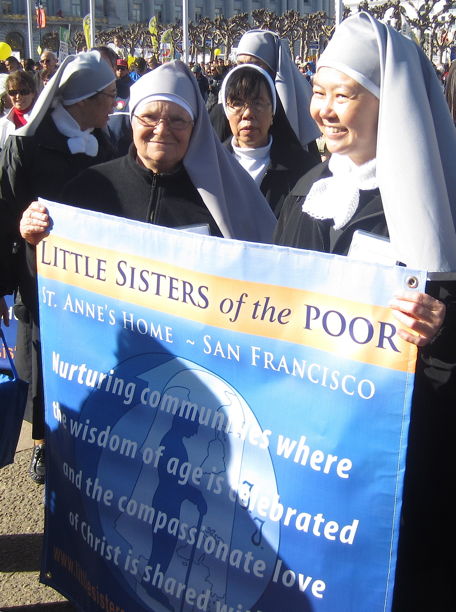 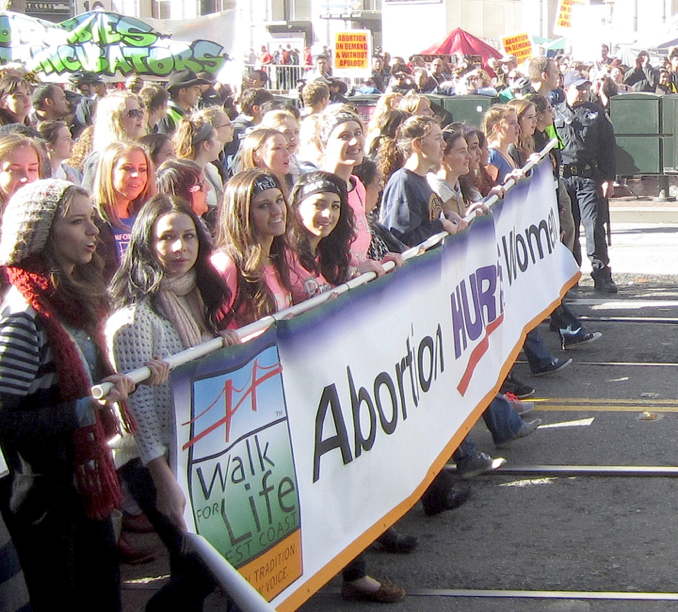