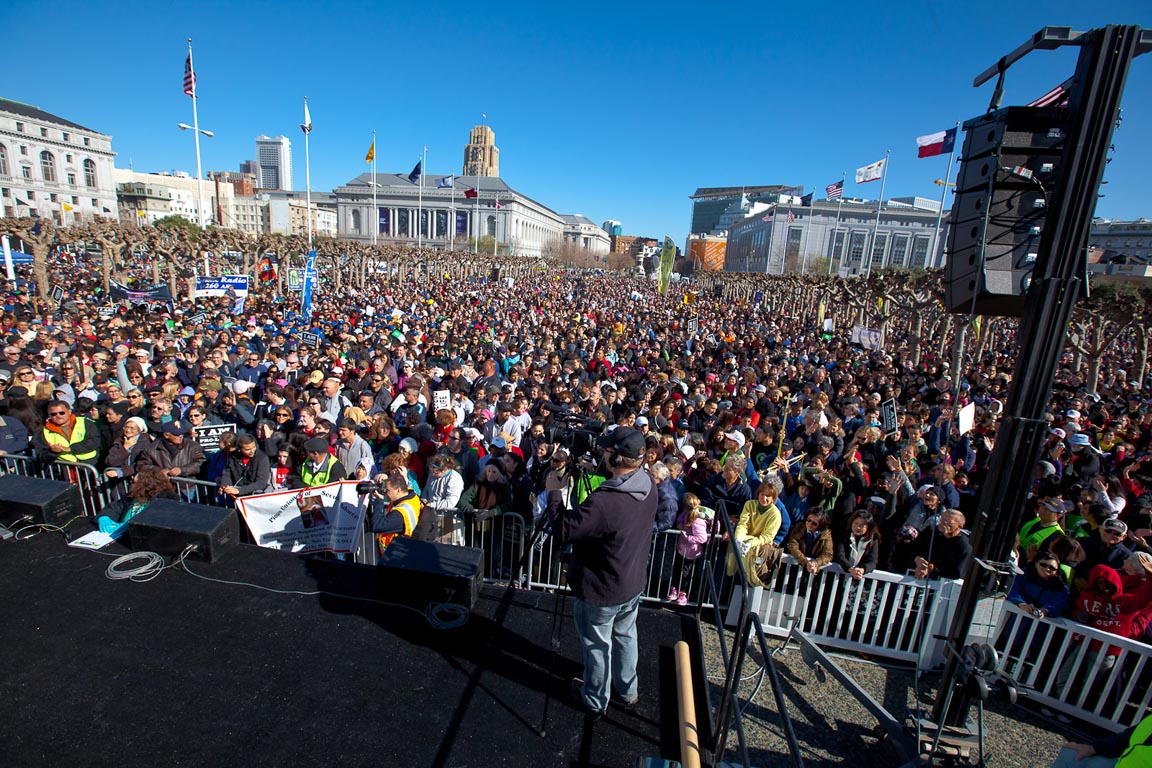 SAN FRANCISCO, CA, January 26, 2013 (LifeSiteNews.com) – Organizers estimate that over 50,000 people walked, sang, chanted and prayed in the 8th annual Walk for Life West Coast Saturday. The air was jubilant as the crowd of pro-lifers from as far away as Maine walked the two miles from City Hall to the Ferry building, passing through neighborhoods dotted alternately with large banks and government, and strip clubs, homeless people and old men crowded around chess boards.

It was beautiful and sunny day, with very little of the infamous San Francisco winds.  The crowd was mostly comprised of youth, the survivors of the now 40 years of abortion on demand, ushered in by the 1973 Roe v Wade U.S. Supreme Court decision.

Anyone spending the day downtown was aware that something was going on, since streets were jammed with traffic for hours. City-bound traffic on the 101 Freeway was backed up for over a mile well past 3:30 pm.