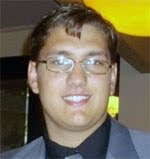 Steve Macias is a Sacramento native and west coast field agent for Students for Life of America. This hard-hitting article, written from a young man’s perspective, appeared in yesterday’s LifeSiteNews:

“Growing up in Sacramento, California I am well accustomed to the wild west coast and its liberal slant. Especially when it came to matters on the sanctity of human life. I can remember being introduced to sexuality and matters of birth control in sixth grade, and just months later Planned Parenthood entered our classroom, violating the appropriate nature of a banana with a colorful condom. At the time, this didn’t seem strange but ordinary. I remember even a sense of anticipation from my classmates who were excessively aroused to learn all about sex.

This was our sexually saturated culture, the consequence being an attraction to the recklessness of promiscuity, which gave way to the entertainment of the abortion industry’s services. Their place was prominent in our High Schools, teaching health classes, dispersing contraceptives and saturating our campus with their propaganda. As a generation we had grown up with Planned Parenthood and we had been unknowingly coerced as participants into their pre-born genocide. Those of us who weren’t sucked in were helpless to face the pro-abortion machine, California being too liberal a place for our opinions to be tolerated. We were suppressed.

The most liberal and brutally supportive cities of the Pre-born genocide, San Francisco, became the home of our new hope: the West Coast Walk for Life. Thousands of us joined in 2005 and it continues to grow each year. The fact that such a loud, clear and beautiful pro-life, pro-woman, pro-family Walk is being held in San Francisco gives more punch to our message; the walk is a symbolic procession of optimism and our enthusiasm shakes up the city and motivates all involved in the Pro-Life Movement. We are not going to be suppressed any longer….”

Go here to learn more about Students for Life.