“All these people who don’t even know me are standing in judgment of my life, saying I don’t deserve to be living.” –Rebecca Kiessling, 2021 video with Lila Rose of LiveAction. 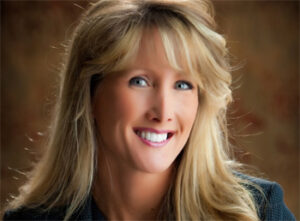 Rebecca Kiessling is an internationally known pro-life speaker and family life attorney. Conceived in rape, her life experience has made her a tireless advocate of unborn persons, and she is a living refutation of the ‘Except in cases of…’ argument for abortion.  She will be one of the keynote speakers at the 19th Annual Walk for West Coast in San Francisco on January 21, 2023.

Ms. Kiessling is a shining example of how, starting even from the most unpromising and tragic circumstances, with love and hope, anything is possible.  Conceived and in the womb before abortion was made legal in Michigan, her life is an important testimony to the importance of the Dobbs decision.  From the biography page on her website:

“I was adopted nearly from birth.  At 18, I learned that I was conceived out of a brutal rape at knife-point by a serial rapist.  Like most people, I’d never considered that abortion applied to my life, but once I received this information, all of a sudden I realized that, not only does it apply to my life, but it has to do with my very existence.  It was as if I could hear the echoes of all those people who, with the most sympathetic of tones, would say, “Well, except in cases of rape. . .  ,” or who would rather fervently exclaim in disgust: “Especially in cases of rape!!!”  All these people are out there who don‘t even know me, but are standing in judgment of my life, so quick to dismiss it just because of how I was conceived. I felt like I was now going to have to justify my own existence, that I would have to prove myself to the world that I shouldn’t have been aborted and that I was worthy of living. I also remember feeling like garbage because of people who would say that my life was like garbage — that I was disposable.’

It’s amazing what a little logic can do, when you really think this thing through — like we were supposed to be doing in law school — and consider what we’re really talking about:  there are lives who are not here today because they were aborted.  It’s like the old saying:  “If a tree falls in the forest, and no one is around to hear it, does it make a   noise?” Well, yeah!  And if a baby is aborted, and no one else is around to know about it, does it matter?  The answer is, YES!  Their lives matter.  My life matters.  Your life matters and don’t let anyone tell you otherwise!  The world is a different place because it was illegal for my birthmother to abort me back then. Your life is different because she could not legally abort me because you are sitting here reading my words today!  But you don’t have to have an impact on audiences for your life to matter.  There is something we are all missing here today because of the generations now who have been aborted and it matters.”

To learn more about Rebecca, visit https://rebeccakiessling.com/ And to hear her story in person, join us on January 21, 2023 at the Walk for Life West Coast!