His coverage gave an excellent exposure of media bias. Here are some of his photos, with his commentary:

“A little lesson in photo editing:

From the stage, at a certain angle, one could take a photo encompassing the entire crowd, making it look pretty big. 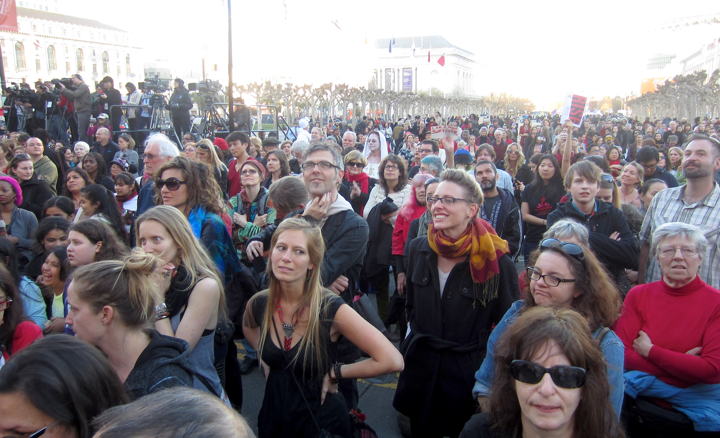 Even from the front of the crowd looking toward the back, it can be made to appear like a sea of people (and note all the media on the platform to the left). 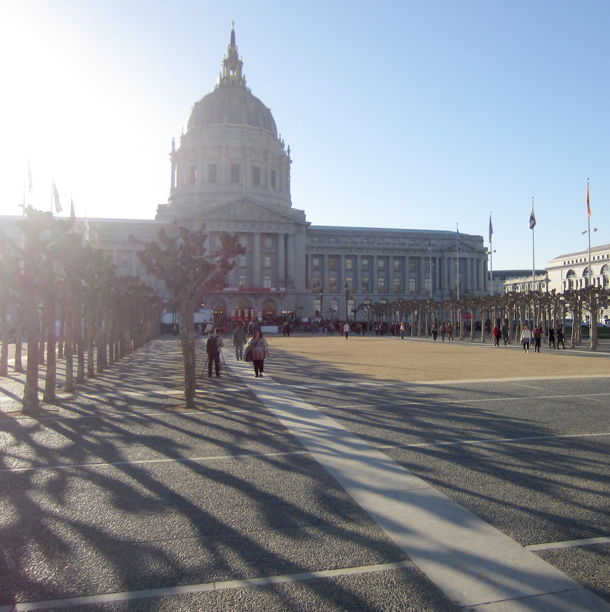 But walk to the back of Civic Center Plaza, and take a picture from a distance, and my oh my, it certainly seems like a small event!

See how deceptive photos can be, even when they’re showing “reality”? Editors can choose which reality they want to show.

So, how many people were there? I’m terrible at crowd estimates, so I couldn’t really say, but if forced to guess, I’d venture two thousand or so.

That may seem like a lot, but it felt tiny compared to the 50,000 protesters who had congregated at this exact spot just a couple weeks ago at the Walk for Life rally.”

Here we add a photo of the Walk for Life West Coast, taken from more or less the same angle but further back, by Dennis Callahan: 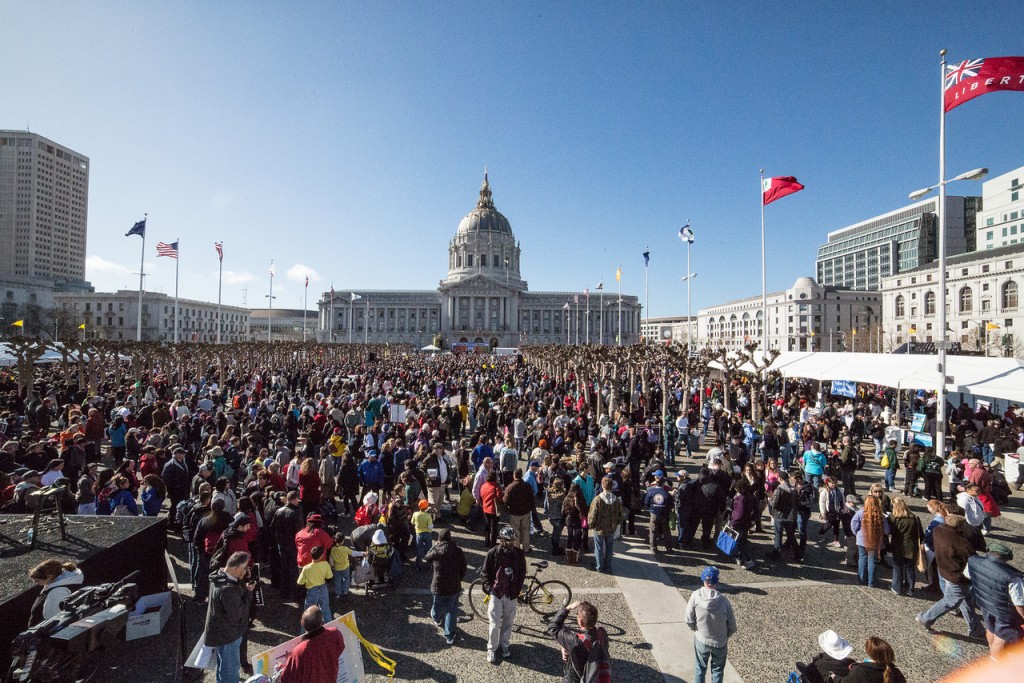 Back to Zombie: “Of course, massive media showed up to cover yesterday’s 2,000-strong left-wing rally, but there was practically no media on hand at all to cover the vastly larger conservative rally. Par for the course. 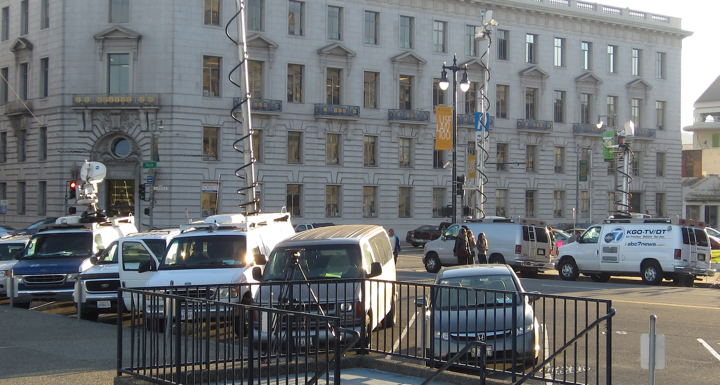 This is the sneaky side of media bias: deciding what to emphasize, and what to ignore. Everything they say in the newspaper may indeed be true; but it’s the truths they don’t tell you that are important.”