Home » Anglicans » “As the church, we have the right and responsibility to speak for the voiceless children”–Bishop Menees at Walk for Life West Coast
Thu26

“As the church, we have the right and responsibility to speak for the voiceless children”–Bishop Menees at Walk for Life West Coast

Below are the wonderful reflections on the Walk of His Grace, the Rt. Rev. Dr.  Bishop Eric Menees, of the Anglican Diocese of San Joaquin. His Grace gave the invocation a few years back at the Walk, and we look forward to have him doing so again in the future! We love him and are honored by his presence. In his letter encouraging his flock to join him at the Walk he said “As the church, we have the right and responsibility to speak for the voiceless children.” Amen, your Grace! 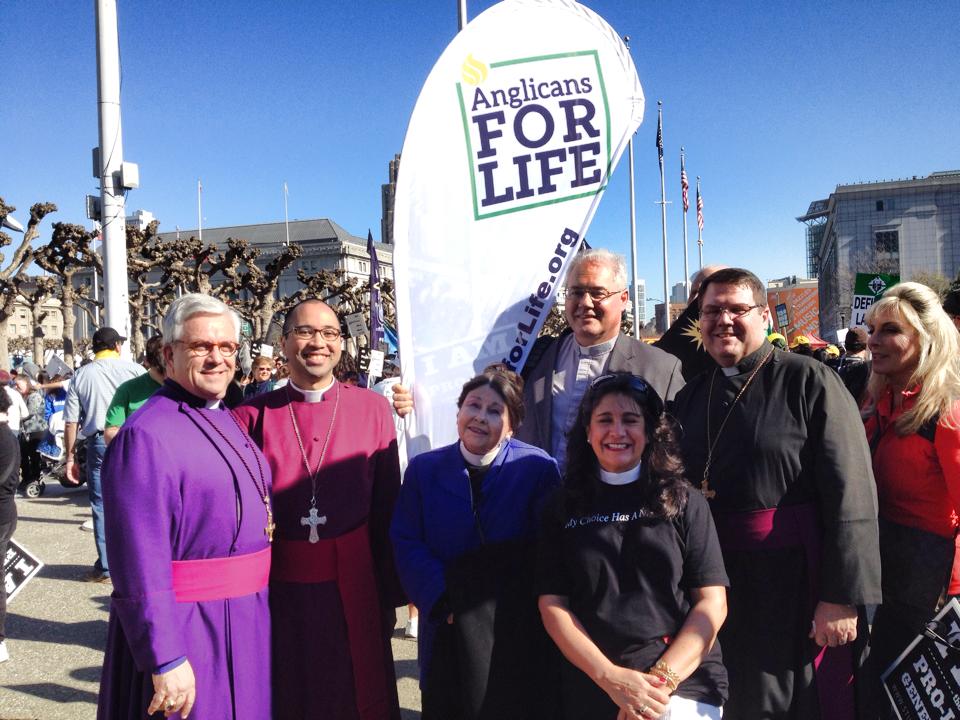 Bishop Eric Menees, second from right, at the 2015 Walk for Life West Coast.

“God… from my mother’s womb had set me apart and called me through his grace” (St. Paul to the Galatians 1:15)

Last Saturday, January 21st, I was honored to join tens of thousands of men and women in the grand Civic Center of San Francisco. We gathered to pray, listen to sound teaching, march, and to make our voices known for the countless children in the womb who have no voice and whose very lives are threatened by the Supreme Court decision known as Roe v. Wade.

This was my fifth Walk for Life in San Francisco, and every year I find it so inspiring and humbling to be with so many people – young and old – believer and non-believer. (Yes, there is even a group known as “Secularists for Life” present.) These people are willing to give up a day, risk potentially ugly confrontations with pro-abortion supporters, and say that we care about the unborn AND their mothers and fathers. We care about a society that could treat the most vulnerable in our midst in such a cruel way. We care about our future and our children’s future, because all of our lives are inextricably bound one to another in the fabric that the Lord has woven.

The Walk began with the Silent No More Campaign, lead by Deacon Georgette Forney and Anglican’s For Life. This campaign is designed to give voice to the women who’ve had abortions and the men in their lives, regarding the harm that they had done and that had been done to them. How powerful it was to hear young women in their late teens and early twenties, and mature women in their sixties clearly stating, “I REGRET MY ABORTION.” They spoke of their fear and the belief that they had no other options. They spoke of the pressure that family members and friends put upon them to abort their child. They spoke of the physical pain of the abortion procedure and the lies that had been told to them, such as: “It won’t hurt – it’s just removing a cluster of tissues.” They spoke of the emotional pain and sorrow that they have experienced dealing with the guilt of participating in the murder of their unborn child. And they spoke of the healing and forgiveness brought by God in his grace and through his church.

Next year the Diocese of San Joaquin will host an Anglicans for Life Summit on the Friday evening prior to the walk, and you are all cordially invited. Put it on your calendars! Friday, January 19th, 2018 will be the Summit, and the 20th will be the Walk for Life West Coast!

God bless you all!

God bless YOU, your Grace! We are hmbled and encouraged by your presence!!