Excellent long article by Joan Desmond in the National Catholic Register. Here’s the opening paragraphs, but check out the whole thing.

Witnesses to Human Dignity Throng San Francisco’s Walk for Life West Coast
The 12th annual event drew tens of thousands of pro-lifers to the City by the Bay. 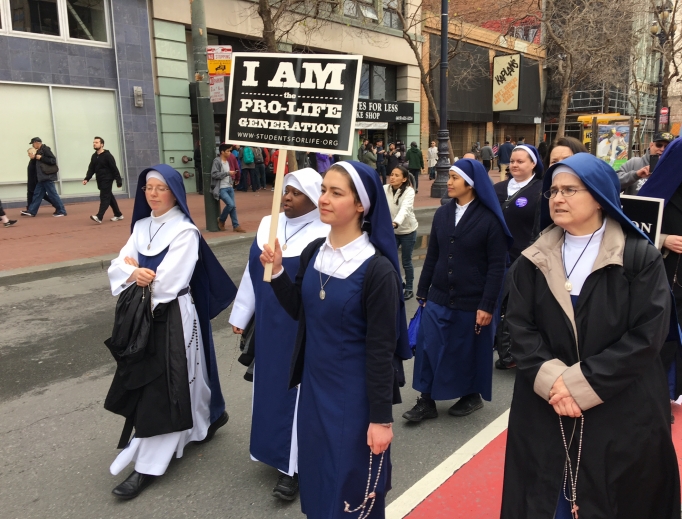 Tens of thousands of pro-lifers marched in San Francisco to protest the grave harm that abortion inflicts on women and their unborn children.

“We stand here today because we understand the horror of abortion for children, for women, for men and ultimately our community,” said Melissa Ohden, a speaker at the 12th annual Walk for Life West Coast who survived a lengthy saline abortion against all odds.

Ohden joined a lineup of national and regional pro-life activists and Church leaders Jan. 21, who called on the crowd to challenge the rhetoric of abortion advocates who frame their cause as a campaign to defend women’s rights.

Protesters heard the painful stories of women who regretted their fateful decisions to have abortions or were pressured into having the procedure by their parents, doctors and boyfriends/husbands.

But they also listened to testimonies of courage and faith from women who refused to comply with such demands.