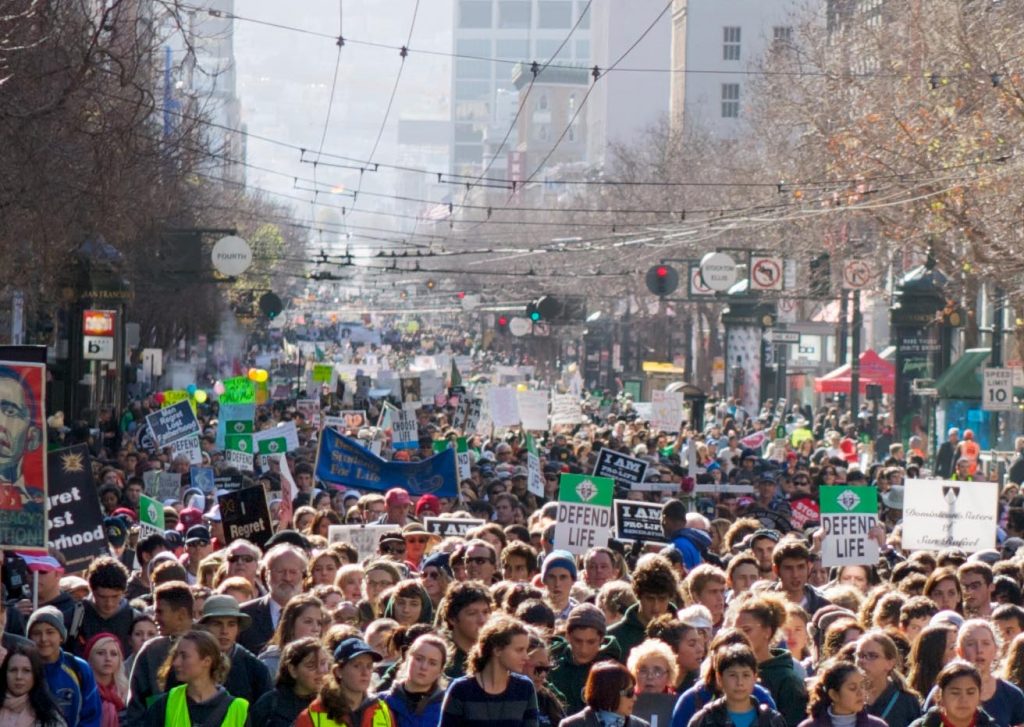 “The idea that college campuses are tolerant or open to all ideas is laughable. The hostility shown to students who are pro-life is at an all-time high,” said 40 Days for Life President/CEO Shawn Carney.

“It takes great courage to articulate the pro-life message to professors, administrators and on-campus Planned Parenthood recruiters when you’re attending school,” Carney said. “The pro-life movement gets younger by the day, as seen at the March for Life last week in Washington. 40 Days for Life is so excited to announce the new $4,040 college scholarship to honor the pro-life generation.”

The initial scholarship will be presented from the stage of the Walk for Life West Coast in San Francisco this Saturday, January 27. Applications were received from students across the country via the 40 Days for Life app. Those competing for the scholarship were asked to submit essays, which were reviewed by the organization’s scholarship screening committee.

“We read almost daily about one school or another where ‘free speech’ is under attack on college campuses. It’s the only position on campus where students are criticized for defending science,” said Carney.
A 40 Days for Life donor is funding the scholarship as a memorial to his daughter, who was involved in the first ever 40 Days for Life campaign in Texas.

“It is also important to us that the first $4,040 scholarship be presented in California,” Carney said. “In spite of the state’s reputation, the pro-life movement in California has a lot of momentum. In fact, we have more 40 Days for Life campaigns in California than any other state. This is most encouraging, and it shows that after 45 years of legalized abortion, it still comes down to hearts and minds being changed. And that is happening in the most unlikely places.”

Carney said 40 Days for Life “is honored to work with the wonderful people who put on the Walk for Life West Coast, which is the second largest pro-life gathering in America. Giving the scholarship away in that environment – with 50,000 of our closest friends – will be special and an inspiration to all pro-life Americans.”

The next 40 Days for Life campaign begins February 14 and continues through March 25 at more than 340 locations from coast to coast in North America as well as in other nations around the world.