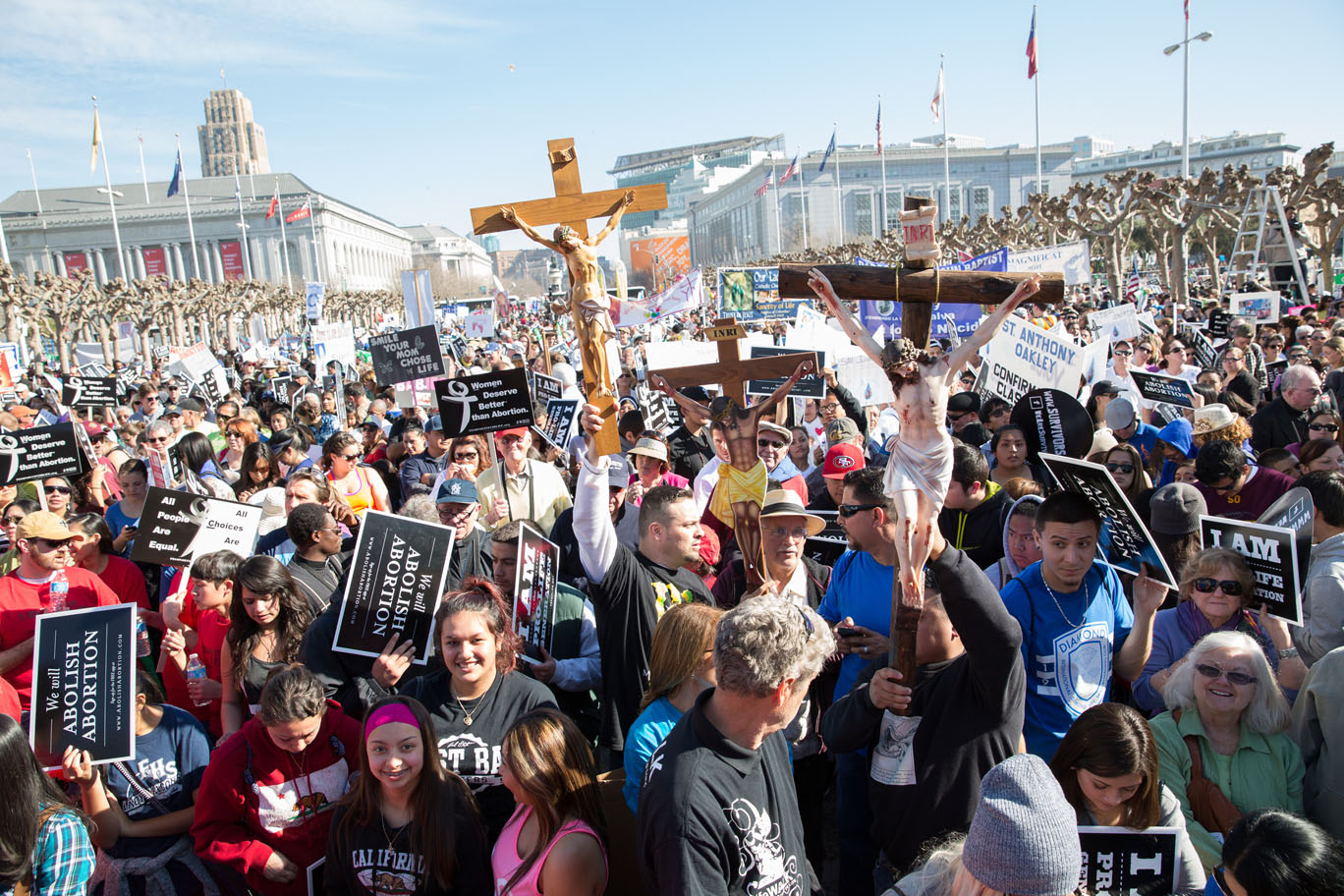 The event drew unusually high media attention, as participants tweeted about the walk to the second most trafficked hashtag on Twitter and the local NBC affiliate warned viewers that traffic was bad into the evening because of what it described as a massive turnout.

Always unpopular with local elected officials, this year the walk was the subject of controversy as San Francisco Supervisor David Campos introduced legislation earlier in the month attacking as false the “Abortion hurts women” slogan on the pro-life organization’s city-permitted event banners that hung from 50 light poles along the Market Street route.

His resolution, which also would regulate future banner content, was scheduled for a Board of Supervisors’ vote Jan. 28.

“When you peel away the glossy wrappers, the pro-choice movement is about death,” Walk speaker Monica Lynn Snyder of Secular Pro-Life told the noontime rally in front of City Hall, calling the pro-life movement the ‘big tent.'”

So many stories are popping this morning, it’s easier just to link to our “news articles” webpage. Go here and select the tab for 2014. You will find a list of stories both before and after the Walk.