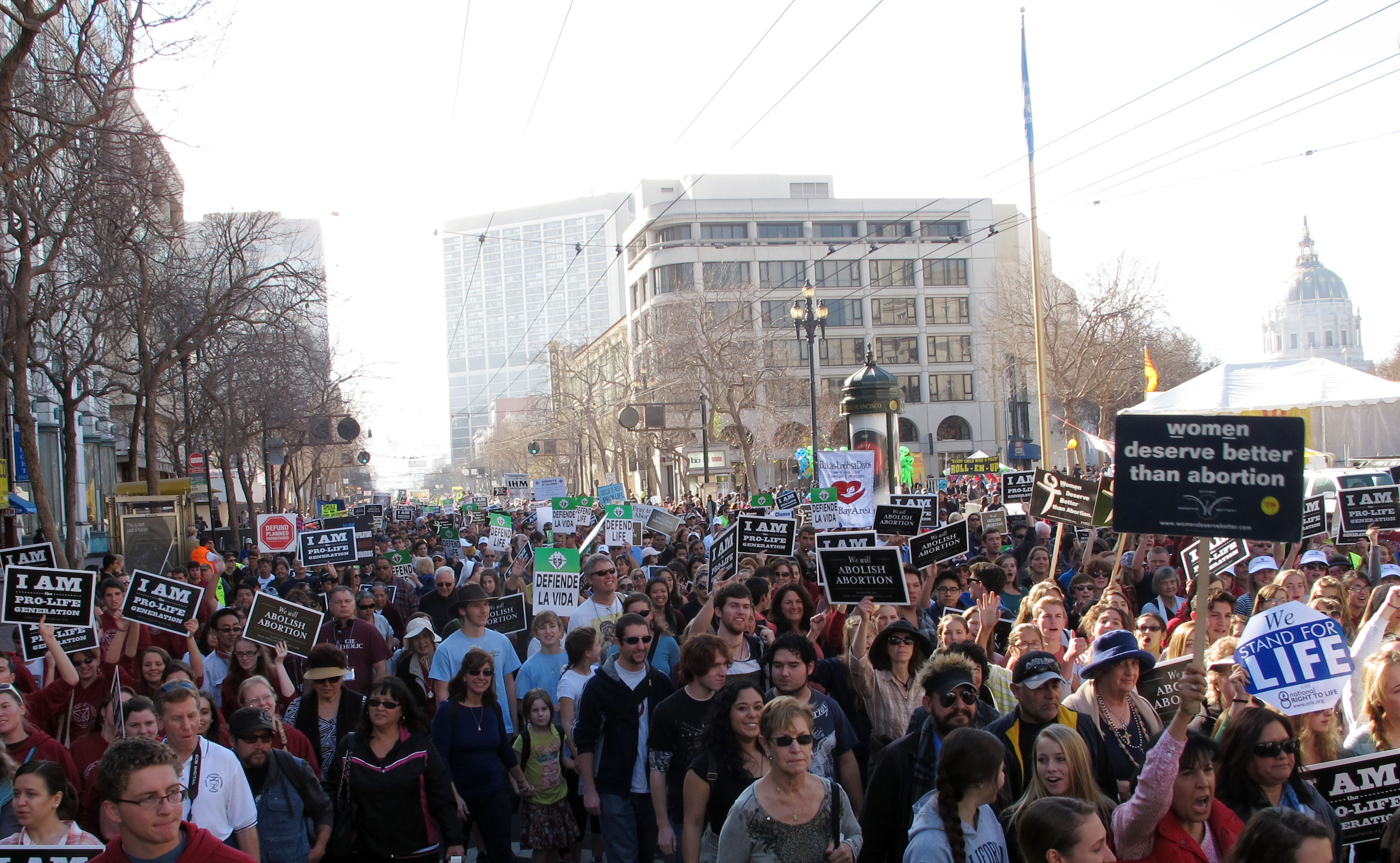 (Part of what the AP referred to as a “massive” crowd)

“Never surrender conscience, even if the state demands it,” Baptist minister, Rev. Clenard Childress, Jr., founder of BlackGenocide.org, told the cheering throngs. “This walk sends a message to the state, to the government, to Washington, D.C.—I will not surrender conscience.”

“This is a debate about life and death,” said speaker Monica Lynn Snyder of Secular Pro-Life. “When you peel away the glossy wrappers, the pro-choice movement is about death.”

The Walk began with a noontime rally at Civic Center Plaza, followed by a two-mile walk, 10 and 12 abreast,  filling Market Street, which was closed for the walk, ending at Justin Herman Plaza and the Ferry Building on San Francisco Bay.

San Francisco’s Archbishop Salvatore Cordileone read a letter from Archbishop Carlo Maria Viganò, the Papal Ambassador tothe United States, sending the Walk “the affectionate greetings and spiritual closeness of Pope Francis” and continuing “Indeed, the Holy Father is most grateful to you for your readiness to show solidarity with the most innocent and vulnerable members of the human family.”

The first Walk for Life was Jan. 22, 2005, founded by a group of San Francisco residents to reach out to women hurt by abortion and to stand up for the right to life from conception until natural death. The Walk has grown from 7,000 the first year to more than 50,000, drawing participants from the Bay Area, California and the West Coast.

Each year the Walk is held on the Saturday closest to the anniversary of the U.S. Supreme Court’s Roe v. Wade ruling.

For more photos and video of the day’s events: Facebook.com/WalkforLifeWC and walkforlifewc.com.