That’s the Marche Pour la Vie, founded in the same year as the Walk for Life West Coast! Walkers will remember that in 2011 our co-Chair Dolores Meehan spoke at the Paris Marche, and one of the Paris organizers, Paul Genoux-Defermont, came to San Francisco and spoke to us! A great example of the worldwide reach of the pro-life movement!

LifeSiteNews has the story: 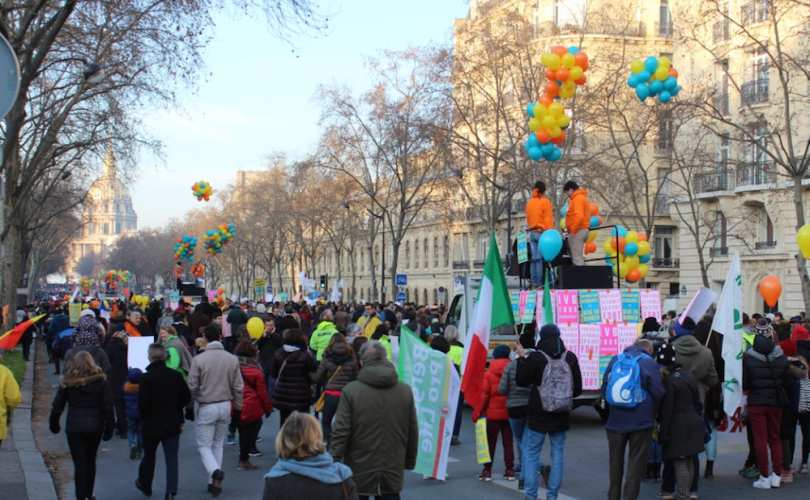 More than 50,000 pro-lifers from across France gathered for the annual Paris March for Life on Sunday.

The annual Paris March for Life is the largest pro-life demonstration in Europe.

The demonstration comes just months before France elects a new president, with right-wing Francois Fillon, a Catholic who uses the Carter-esque “I am personally opposed but politically support abortion” line.

Pope Francis expressed his support before the Parisian march, calling for a “civilization of love and a culture of life….”