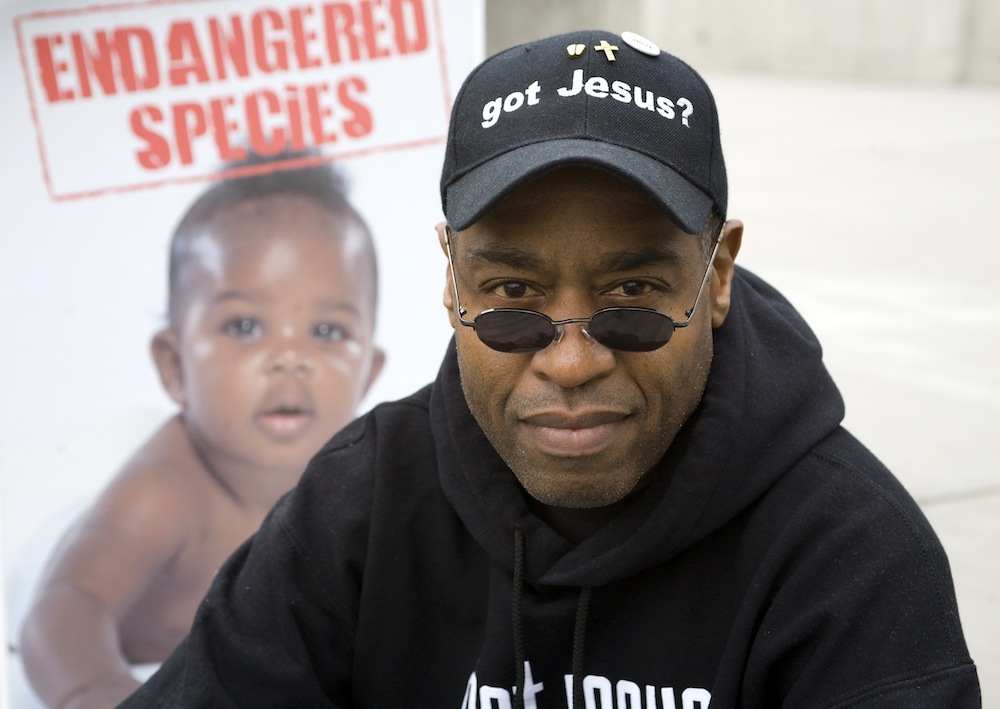 This Friday January 26, the Rev. Walter Hoye, long-time ally of the Walk for Life West Coast, and (with his wife Lori) the 2008 recipient of the Walk’s St. Gianna Molla Award for pro-life heroism, will host the annual StandUp4Life Rally and Walk at Oakland’s Frank Ogawa Plaza, in front of Oakland’s City Hall. The rally will begin at 12:30 PM.

As California Catholic Daily reported on January 15, the abortion business that had the Rev. Hoye arrested in 2008 closed their doors in December. The conviction was later declared unconstitutional by a Federal Court, but not before Rev. Hoye had served almost a month in jail. Walter’s conviction (in both senses of the word) made him a nationwide hero of the pro-life movement.

At the Rally and Walk the Rev. Hoye will be joined by Shawn Carney, the President of the 40 Days For life team. Mr. Carney is one of the nation’s most sought-after pro-life speakers, who has been featured on hundreds of outlets including Fox News’ The O’Reilly Factor, The Laura Ingraham Show, The Drudge Report, The Guardian, USA Today, and Christian media including The Christian Post, National Catholic Register, Sirius XM Catholic Radio, EWTN Radio, and Focus on the Family. Shawn lives in Texas with his wife and six children

Father Frank Pavone is one of the most prominent pro-life leaders in the world. Originally from New York, he was ordained in 1988 by Cardinal John O’Connor, and since 1993 has served full-time in pro-life leadership with his bishop’s permission. He is the National Director of Priests for Life, the largest pro-life ministry in the Catholic Church. He is also the President of the National Pro-life Religious Council, and the National Pastoral Director of the Silent No More Awareness Campaign and of Rachel’s Vineyard, the world’s largest ministry of healing after abortion.

This is your opportunity meet and join with these pro-life heroes in standing for the littlest among us! Please go to http://www.issues4life.org/s4life.html for full information, directions, and flyers.