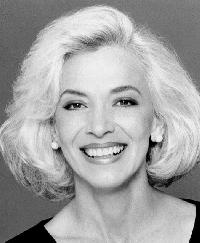 Given that the San Francisco Bay Area has a high rate of abortions, it’s probably surprising to many that for the last 11 years, there’s been an annual “Walk for Life-West Coast” that draws thousands of people from across the state, nationwide and indeed, even from Canada.

It’s taking place again, next Saturday, Jan. 24. The event is free and open to the public, with some events beginning on Friday…

Ms. Simpson  was a long-time radio host on San Francisco’s KSFO Radio, so she’s pretty wired in to local media. She observes:

Needless to say, this being San Francisco, not everyone here likes the public display of support for people who would prefer an end to abortion.

Over the years, the antagonism toward the event has been across the board.

The most obvious has been the almost total blackout in local media. I’ve seen it myself – newspapers initially pretended it never took place and only reported on it if there were protesters. The same applied to radio and TV news. Apparently, they figured if they ignored the walk, it would go away.

It hasn’t; it’s only gotten bigger.

After a while, they relented. It became harder and harder to ignore that thousands of people were in the streets not causing damage, not insulting anyone, not doing anything except walking for a cause.

The biggest point is that every year in this country well over a million babies are killed in abortions, California and New York lead all other states and 82 percent are black and Latino children.

Statistics like that should give all of us cause to pause.