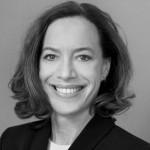 Ms. Jennifer Bryson, PhD, Director of the Zephyr Institute in Palo Alto, also writes for the Public Discourse website. Today she has an article about the Charlie Hebdo massacre, and what can be done on a personal level against religious fanaticism. In the course of her article she writes:

“An injustice that is a particularly painful thorn in my heart is abortion. When I, as a woman, see the National Organization for Women (NOW) use the term “women” in their work to facilitate access to abortion, I feel they are trying to usurp my voice in support of evil. It makes me feel angry and alienated—and I’m not the only one. Thanks to the efforts of many courageous women, there is now a Women Speak for Themselves movement helping to make sure the voices of women who do not support NOW’s abortion efforts are heard. In many way, Women Speak for Themselves is very similar to the Muslim “Not in My Name” movement.

On Saturday, January 24, instead of sitting on my sofa tweeting cynical remarks with hashtag #WomanApologies, I will be out on the streets of San Francisco at the Walk for Life West Coast, ruing the anniversary of Roe v. Wade, exercising my civic freedom to protest publicly against abortion. While I’m at it, I’ll also be protesting against NOW’s claim to speak for me. I’ll be carrying a sign reading, “Abortion = Violence against Women” and “Women Speak for Themselves.”

As a female Christian opposed to abortion, I face not only the attempt by NOW to speak on behalf of me as a woman, but also the association of my Christian faith with murderous violence against abortion providers.”

We are proud to have such a learned and thoughtful woman endorsing and joining the Walk!