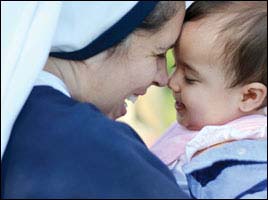 “President-elect Donald Trump said in a wide-ranging interview with “60 Minutes” that his role of appointing a Supreme Court justice is ‘very important’ — and that he plans to appoint pro-life justices.

“In an opinion column published before the election at USA Today, Trump also put the spotlight on the Supreme Court which is probably the number one issue in this election for pro-life voters. The Supreme Court has the potential to keep abortion legal for four more decades resulting in the deaths of another fifty to sixty million and more children.

‘I will restore the constitutional rule of law and nominate Supreme Court justices who will do the same.’”

This is also very heartening. We look forward, with hope, to a restoration of the constitutional right to religious freedom, that has been under so much attack recently.