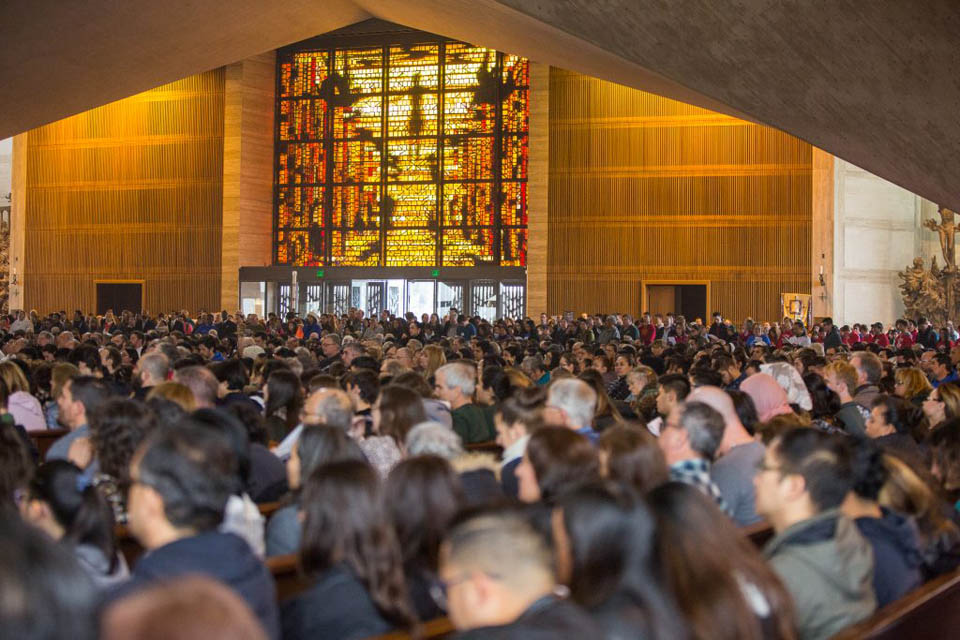 The Walk for Life West Coast Mass, on Saturday, January 21 at 9:30AM is always one of the highlights of Walk for Life Saturday! Not only is it about the best-attended Mass at St. Mary’s Cathedral, filled with people of all ages, this year Archbishop Cordileone has commissioned a special Mass! Joe Pisani at Fairfield Catholic has the story:

STAMFORD- When Archbishop Salvatore J. Cordileone wanted a pro-life Mass to mark the 50th anniversary of the overturned Roe v. Wade decision, he commissioned Christopher Mueller, former music director of the Basilica of St. John the Evangelist and of St. Mary of Stamford Parish.

Archbishop Cordileone of San Francisco envisioned something written for children’s voices to heighten the emotion of the 2023 Walk for Life West Coast Mass, which he will celebrate on January 21 at the Cathedral of St. Mary of the Assumption.

We’ll see you there!