City of Florence approves cemetery for unborn victims of abortion, attacked by leftists 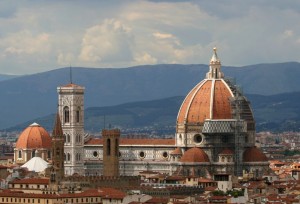 “The mayor of Florence has roused the fury of feminists and the far left after he announced that city hall would recognize an established section of the municipal cemetery of Trespiano dedicated to babies who have died ‘before birth,’ including by abortion. Various representatives of Italy’s extreme-left, including the Radical Party, have denounced the move as ‘macabre’ and an attack on the country’s liberal abortion law….

Maria Antonietta Farina Coscioni, a representative of the Radical Party in Florence, said, “More and more often we are faced with proposals, without logic, that would like to bring Italy into a series of illiberal counter-reforms, dragging the country into an obscurantist abyss, ignoring the will of the citizens.”

Actually, the motion was passed 30-4, with 7 abstentions. The story continues:

“The condemnation from the left, however, has met with sarcastic responses. Elisa Calessi wrote in Libero Quotidiano in response to a complaint by feminist journalist Maria Teragni, who had called the decision a ‘horror’ and an ‘exultation of the pro-life movement.’

‘If there is a horror,’ wrote Calessi, ‘and there is, it is not in the memory of those who died, but in the way death was procured when it happens and is not named as such.’

‘What’s macabre in wanting to remember a creature with two arms, two hands, one head, two eyes, two ears; a being who could live, who lacked nothing, and instead whose life is now done? What’s macabre in allowing those who have suffered the pain to have a place to remember him?’

‘I was struck by the violence of Terragni. The ideological fury that always results in distorting reality and trampling on what it claims to defend: the freedom of individuals.’