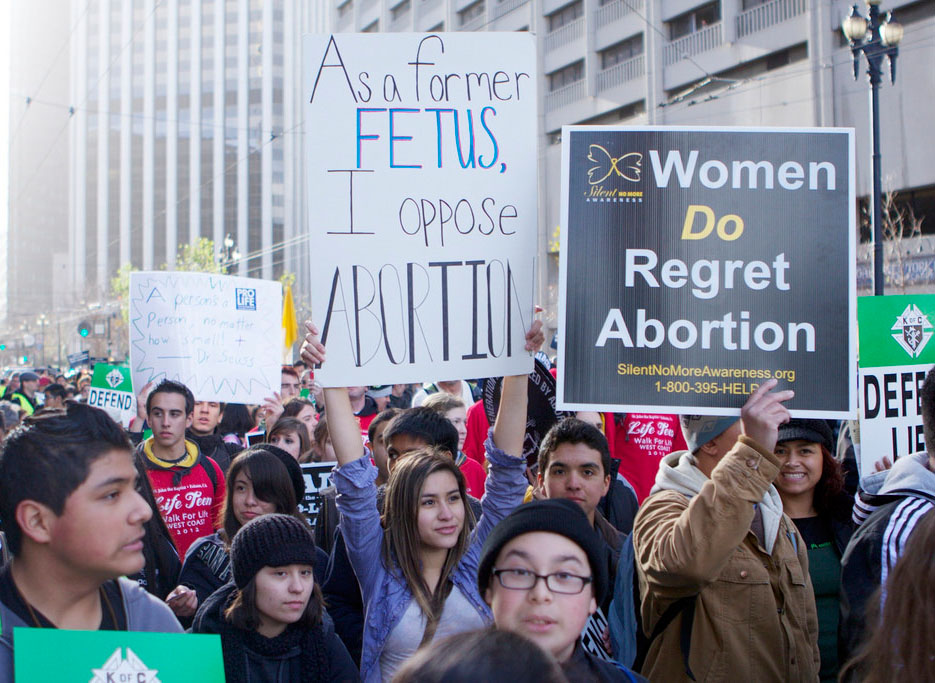 The entire issue of this month’s Columbia, the magazine of the Knights of Columbus, is devoted to the pro-life movement, and there is a special article about the Walk for Life West Coast. Excerpts:

“Many of us responded to the call to fearlessly proclaim the dignity of each person, especially the most innocent,” said Ralph DeSimone, who was among the organizers in 2004 and is a past grand knight of St. Mary’s Council 14156 in Walnut Creek. “We knew that having a safe, well-organized walk in San Francisco would be an opportunity to show others that there are many people of all ages and backgrounds who sincerely value life….

“The growth of the Walk is a dream come true,” said Eva Muntean, the Walk’s lead organizer, adding that the event has faced strong opposition from San Francisco’s political and media establishments — opposition that has continued yearly.

One result of the censorship and under-reporting is the gridlock that catches the uninformed public unawares. As another of the event’s organizers, Dolores Meehan, memorably quipped, “You can avoid the truth, but you can’t avoid the traffic!”

Organizers have always sought for the Walk to be an occasion for healing, with a message of hope and love pouring onto the streets of San Francisco. The motto is “Abortion Hurts Women,” and the event begins with the Silent No More Awareness Campaign — testimonies by those affected by abortion.

Lisa Hamrick, a co-founder of the Walk for Life, didn’t know what to expect when a woman suddenly approached her during a recent year’s event.

“She came and stood right in front of me,” Hamrick recalled, “looked me squarely in the eyes, and said these words which I will never forget: ‘I was your opposition! For the first time this year, I am walking with you!’”

For Muntean, a moment that stands out is the start of the first Walk for Life in 2005, turning the corner out of the plaza and facing a mob of hateful protestors.

“For a half-second, I was terrified,” she said. “Lifting up my foot for the next step I wondered, do I stop or go on? But I, and we, took that step. We took that step, we didn’t stop, and we aren’t done yet!”