On January 29 we had reported that Gonzaga University’s Students For Life had won the West Coast Group of the Year award at the Students for Life’s Be the Revolution conference, which was held at St. Mary’s Cathedral the day after the Walk for Life West Coast. 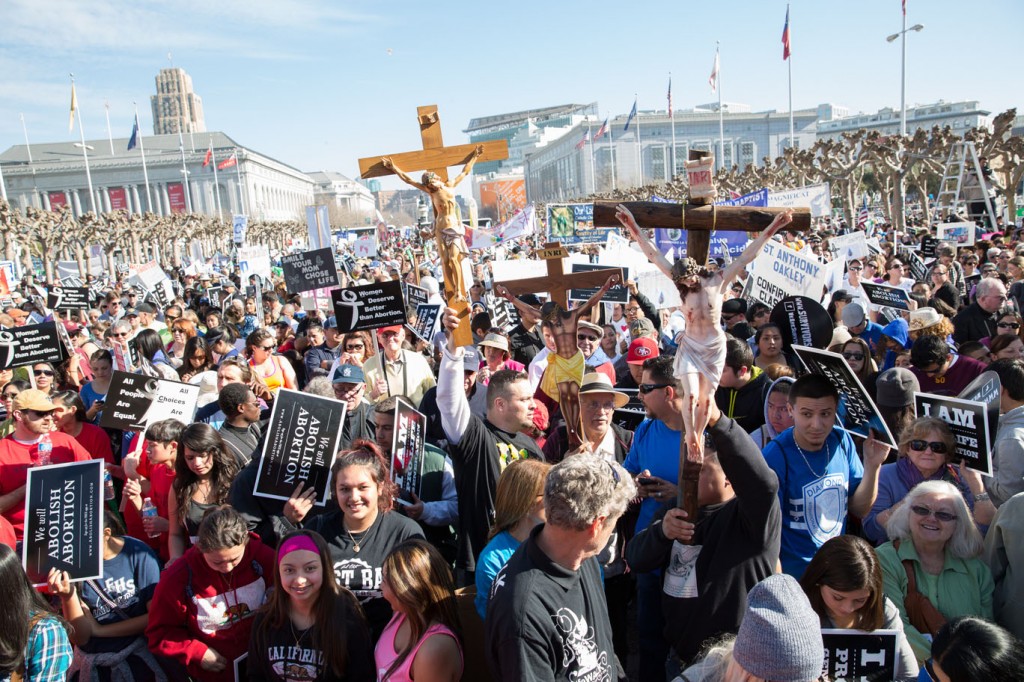 The conference on Sunday, Jan. 26, included more than 60 schools and 350 students.  It followed a national conference in Washington, D.C., which GU Students for Life usually attends.

According to Students for Life of America’s mission statement, the organization’s goal is to educate students about ‘threats to the dignity of human life including abortion, euthanasia, infanticide and embryonic stem cell research.’

The conference website states the student group was selected as West Coast Group of the Year for hosting a life week, bringing anti-death penalty speakers like Sister Helen Prejean and Victoria Thorpe to campus and creating events and activities to ‘give a face to the pro-life movement.’ These events included a Mass, cupcakes and a photobooth to support the ‘pro-life’ movement.

‘It’s a really big honor for us,’ said Kristine Vaz, public relations manager for GU Students for Life. ‘We never won anything like that before. It means we’re being recognized for the work that we’ve been doing on campus and hopefully we’ll continue to do next year and in the coming years.’

‘It’s just really inspiring because it makes us realize we’re having an impact,’ Vaz said. ‘Other schools are learning from us and it makes us keep spreading the word about being pro-life and what that really means on college campuses.’

‘GU is a Jesuit catholic university and [it promotes] the sanctity and dignity of every human life,’ (MariaFernanda) Gomez said. ‘That’s really what our club stands for. We are GU’s mission.'”

God bless our young people, who truly understand the mission of a Catholic University. You know St. Aloysius Gonzaga is smiling!