Our friends over at the Gospel Herald have a nice long article about Saturday’s Walk for Life West Coast. They call themselves the “world’s largest online Christian news website” and that’s just a simple fact. The Herald primarily serves Chinese speaking Christians around the world, (China has the fastest growing Christian population of any country on earth) but they have an extensive English language section too. The Gospel Herald has kindly covered the Walk over the past few years, and we are very grateful for their efforts in sharing our message! 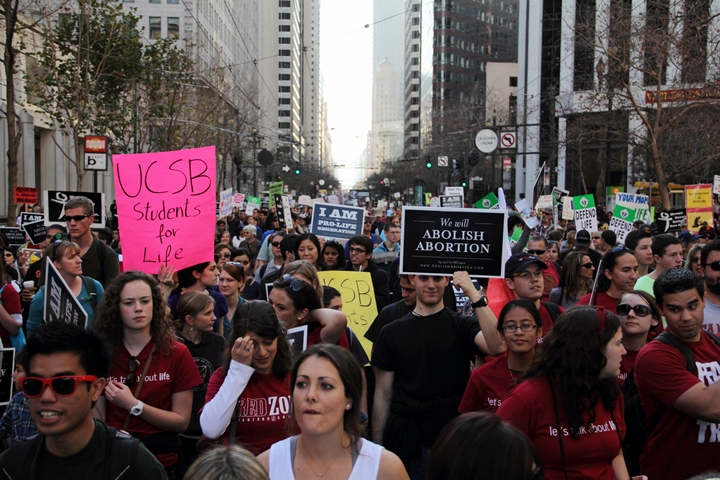 Thousands of pro-life campaigners across the nation are preparing to participate in the 11th annual Walk for Life West Coast event, held on the 42nd anniversary of Roe vs. Wade, which legalized abortion in the United States.

Last year, over 50,000 people attended the event, which began in 2005 in San Francisco, CA as a grassroots effort by area residents seeking to “change the perceptions of a society that thinks abortion is an answer” and to celebrate the sanctity of human life. Today, the annual Walk has established its place among the largest pro-life events in the nation.

On January 24, 2015, participants will begin walking at the Golden Gate Park and will finish before the highlight of the day’s program, which will begin at 12:30 PM with a rally at the Civic Center Plaza.

That last part is incorrect–the author is confusing the Father Malloy 5K run, which begins at 7:30AM in Golden Gate Park, with the beginning of the Walk, which begins at 1:30 in the Civic Center. That’s a minor mistake in a great article. Thanks, Gospel Herald!