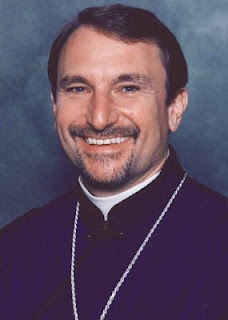 This year, the Walk for Life West Coast is honored by the presence of Father Aris P. Metrakos. Fr. Metrakos, the proto-presbyter of San Francisco’s Holy Trinity Greek Orthodox Church, will give the invocation. He said:

“I was greatly humbled and honored to receive this invitation. I have the greatest admiration and respect for all those who have been on the front lines of this life-or-death struggle to turn our culture away from its indiscriminate march toward moral oblivion. I regard this prayer as not some sort of a perfunctory beginning to a civic gathering, but a recognition that this unimaginable evil can only be overcome by the grace of God.”

Fr. Metrakos argues that the destruction caused by the legalization of abortion has by now penetrated and corrupted our whole society:

“Abortion-on-demand has shredded the moral fabric of our society by encouraging promiscuity, obliterating the notion of personal responsibility and accountability, and making selfishness a legal right. It tears asunder literally the bodies of the unborn and metaphorically the hearts and souls of the women who submit themselves to this heinous barbarism. It makes a mockery of men’s honor and the medical profession’s nobility, while exposing the duplicity and opportunism of the majority of the political class.”