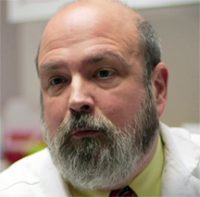 It is a tragedy that many medical professionals end up performing abortions—a violation of their sacred calling. And yet, when such doctors and nurses have a change of heart and mind they have become some of the most effective proponents of the pro-life cause. One only needs think of the late great Dr. Bernard Nathanson, perhaps America’s leading abortionist, whose change of heart turned him into one of America’s most vocal, visible, and uncompromising champions of the unborn. Or, closer to home, our own Dr. Vansen Wong, OB-GYN, who appeared at the 2012 Walk for Life in his medical scrubs. Dr. Wong regretfully told the crowd that he had performed hundreds of abortion. But he also told the crowd that he now works at a pro-life medical clinic and that “Abortion is barbaric, abortion is intolerable, and abortion has no place in any civilized society.”

This year the Walk for Life West Coast is proud to welcome Dr. John Bruchalski, MD, FACOG, as one of our keynote speakers. Dr. Bruchalski received his M.D. from the University of South Alabama College of Medicine in Mobile, AL, in 1987. He completed his residency in obstetrics and gynecology at Eastern Virginia Medical Center and the Jones Institute for Reproductive Medicine in Norfolk, Virginia in 1991. He received board certification in 1993.

In an all-too-familiar scenario, although he had been raised Catholic, Bruchalski fell away from the faith in college. LifeSiteNews reported in 2011 “There, he was taken in by professors and friends who claimed that the Catholic Church can change with the culture – that its teachings on divorce, homosexual marriage, abortion, and contraception would eventually conform to the pervading cultural values. ‘It became a non-issue – you could still be a great Catholic and choose to dissent from particular Church teachings’ he said.”

During his residency, Bruchalski performed abortions, under the belief that he was helping women. But he started noticing things. He told LifeSiteNews:   “I didn’t see happiness or joy in my clinics…Wherever I had more abortion, more contraception, there were more broken relationships, more infections, more destruction, more brokenness…”

Come out on January 27 to hear the rest of the story!!