‘San Francisco is known for its protests. But this is no anti-war demonstration. This is some 50,000 people fighting against abortion…. Abortion rights supporters were vastly outnumbered but still vocal…. Police confirmed to me this walk for life was the biggest one this city has seen…’

The SF Walk for Life goes a little differently than DC’s March for Life. Pro-aborts march right alongside pro-lifers. As KTVU reported, the counter protesters were unsurprisingly ‘vocal’ even though “vastly outnumbered.”

The difference in protesters could be no more starkly demonstrated than by contrasting these 2 photos, posted by ProtestShooter.com… 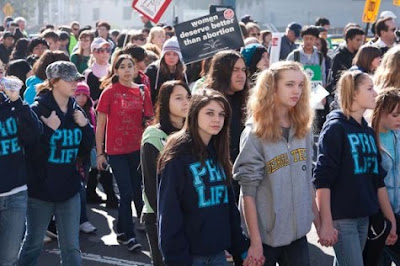 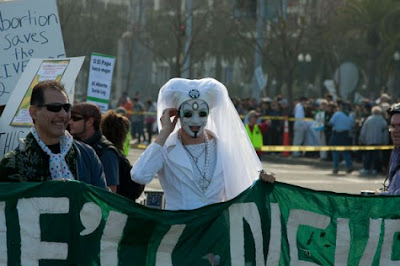 Wholesome vs. creepy, that pretty much sums up the differences.”

Yes, it does. If you were not there, this video gives perhaps an even greater example of wholesome vs. creepy