The consensus among organizers is that today’s 10th Annual Walk for Life West Coast was definitely the largest ever! Here’s a photo from the rally which does not even show all the people on the surrounding streets. We will post many more pictures soon! 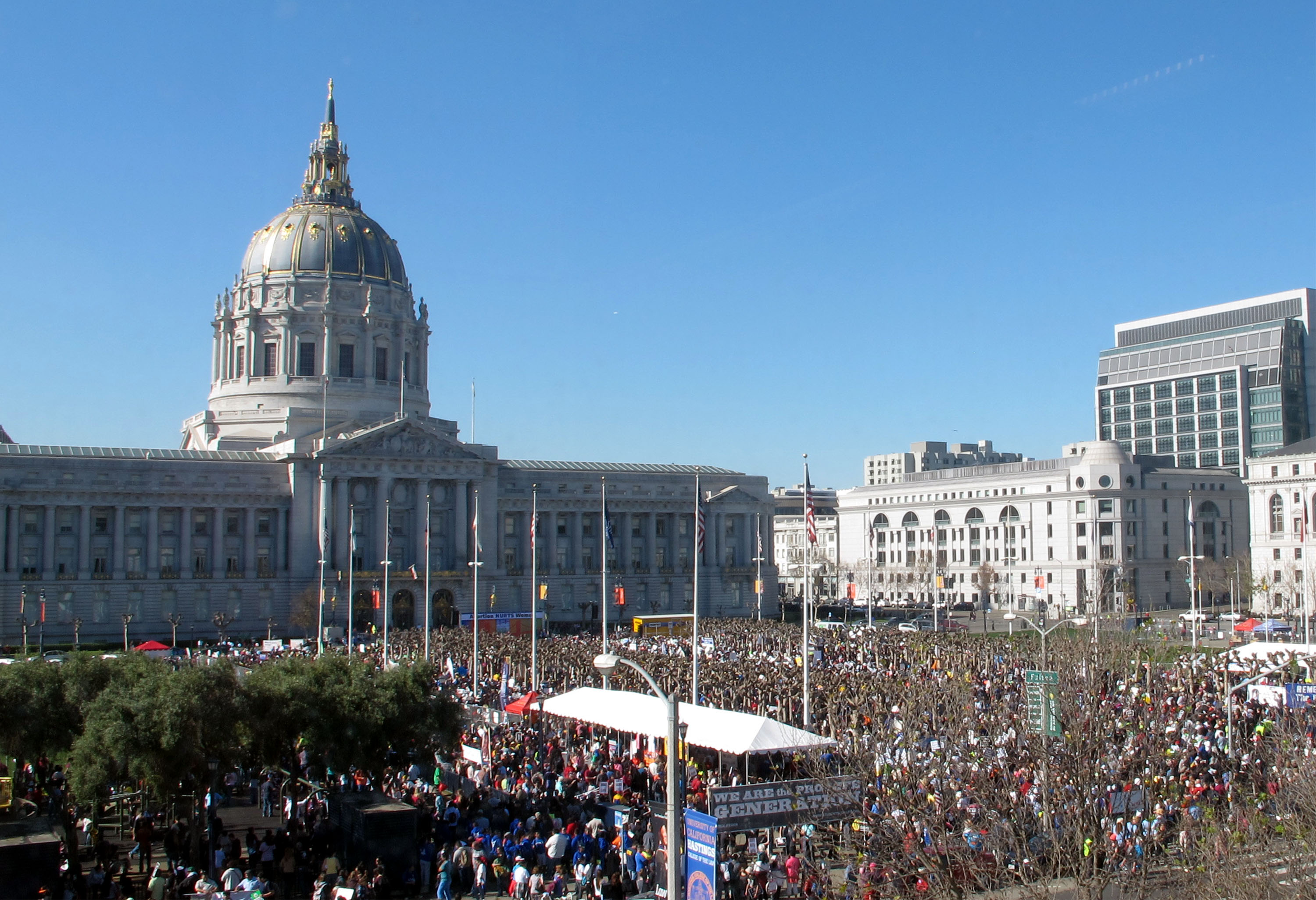 “SAN FRANCISCO (AP) — Many thousands of anti-abortion protesters from across California marched through downtown San Francisco on Saturday, calling for restrictions on a medical procedure that was legalized more than 40 years ago.

A massive and diverse crowd of protesters rallied in front of City Hall before marching down Market Street to Justin Herman Plaza for the 10th annual “Walk for Life West Coast.” They chanted “Pro Life” and carried signs that read “Defend Life” and “Women deserve better than abortion.”

On Wednesday, thousands of abortion protesters participated in the annual Walk for Life rally in Washington, D.C. to mark the anniversary of Roe v. Wade, the 1973 Supreme Court ruling that legalized the procedure.

San Francisco police did not immediately provide an official crowd estimate, but at one point marchers stretched across more than a mile of Market Street, the liberal city’s main thoroughfare…”