Divine Mercy and LIFE at the Golden Gate Bridge 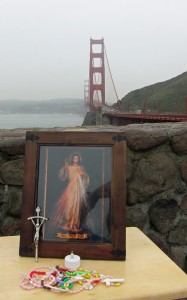 At 6:30AM on a foggy Ash Wednesday morning, a group of young pro-lifers gathered at the north end of the Golden Gate Bridge. The group was there for the start of the West Coast Leg of the LIFE Runners A-Cross America Relay. The LIFE Runners relay is a nationwide event in which LIFE Runners will run 1,103 relay legs of 5K each, covering a total of 4,089 miles over the 40 days of Lent. The East Coast Arm starts at the Brooklyn Bridge and the West Coast Arm begins at the Golden Gate Bridge.

Quite conspicuous was a large pink and blue van, whose logo was a stork delivering a baby and “Save the Storks” written on the side. 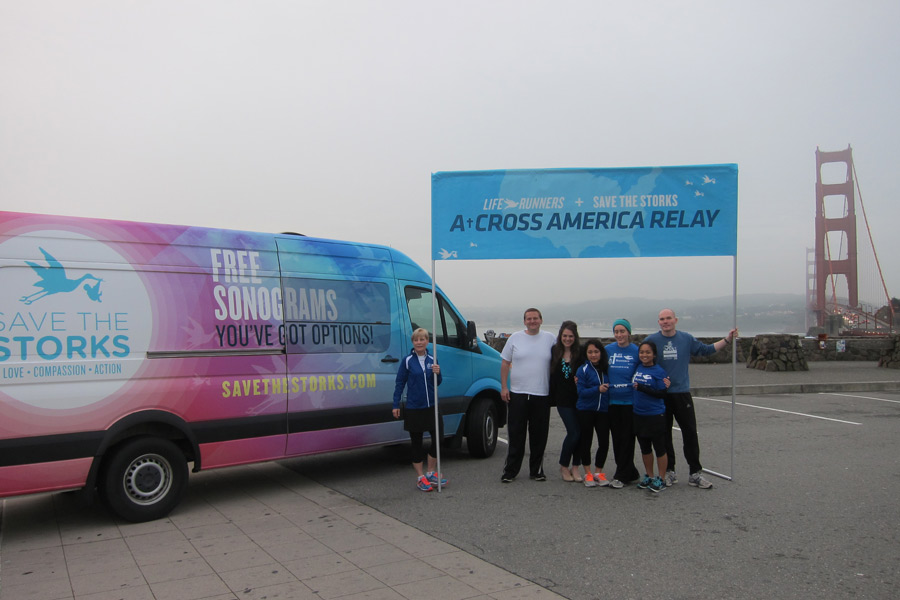 The van was from the group Save the Storks, which provides what are essentially mobile pregnancy crisis centers. Save the Storks are this year’s beneficiaries of LIFE Runners fundraising efforts. Save the Storks representative Wesley Davis said that the group has vans accompanying each of the LIFE Runners West Coast and East Coast Arms. Each Save the Storks van contains a sonogram machine, pregnancy tests kits, etc., and can be seen as an extension of sidewalk counseling—depending on local zoning, they can even drive right next to an abortion business and offer their free services. Their mission statement says “Our mission is to empower abortion-minded mothers all over America to choose life. We’re accomplishing this by partnering with local pregnancy centers that will own and operate our vehicles outside of abortion clinics to reach women who feel like they only have one choice.” 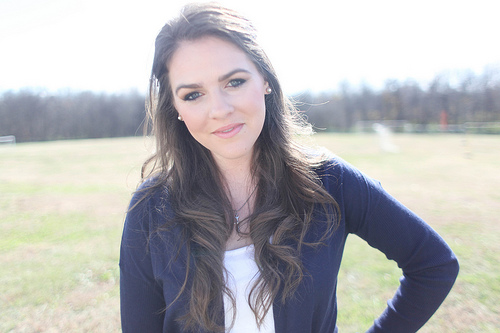 Also present was one of the rising young stars of contemporary Catholic music, recording artist Tori Harris. Miss Harris, part of the new generation of Catholic musicians which includes Matt Maher and Ike Ndolo, has appeared on Catholic Radio in Boston and Louisiana and on the Catholic TV Shows “The Gist” and “This is the Day.” Miss Harris is working to raise awareness of the Save the Storks campaign and is following the route of LIFE Runners this week.  On March 5 she will perform at the Napa Valley Baptist Church, on March 7 at First Baptist Church in Fair Oaks, and on March 8 at St. Joseph’s Catholic Church in Auburn.  After that, she’s off to a Catholic Underground event in Newburgh, NY and then to a taping session at EWTN. Miss Harris’ faith is anything but an afterthought. When she visited Cabrini High School in New Orleans in 2013 she not only shared her talent and testimony with the students, but led them in Eucharistic Adoration.

Before the LIFE Runners began the first leg of the long journey, those assembled prayed the Chaplet of the Divine Mercy: “For the sake of his sorrowful passion, have mercy on us and on the whole world!” Following the Chaplet, the young people recited the LIFE Runners Creed, stressing Prayer, Endurance, Awareness, Charity, an End to abortion, and prayed for God’s peace on the born and unborn. They closed by chanting the LIFE Runners motto “All in Christ….for PRO-LIFE” 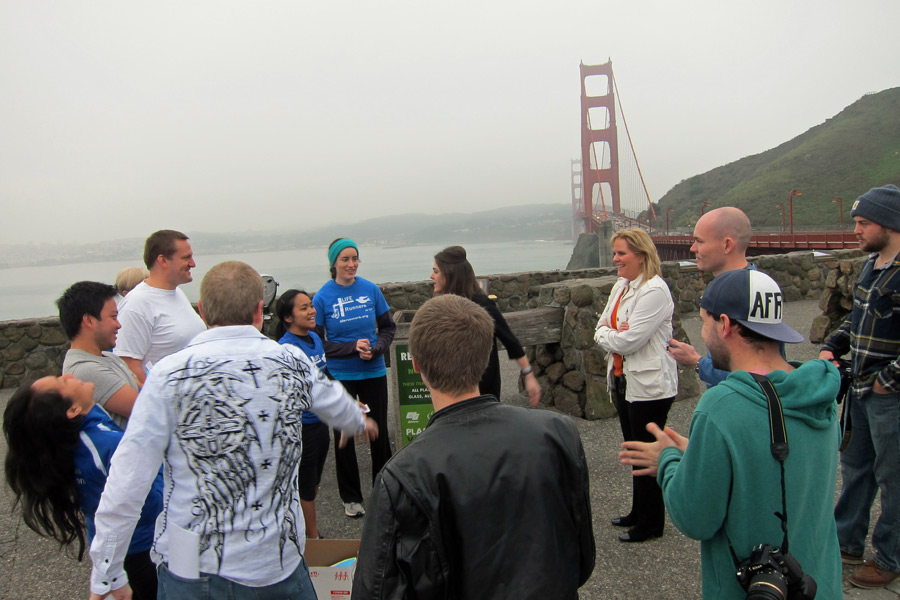 “ALL in Christ…FOR PRO LIFE!”

The first leg made its way through Sausalito, Mill Valley, Larkspur, San Anselmo, before finishing in San Rafael for the noon Mass and the reception of Ashes at San Raphael’s Church.  The route goes by abortion businesses across the United States, where runners will join in prayer with members of 40 Days for Life.  On Palm Sunday the final groups of runners from the East Coast and West Coast Arms will meet at Falls Park in Sioux Falls, South Dakota, near St. Joseph Cathedral. 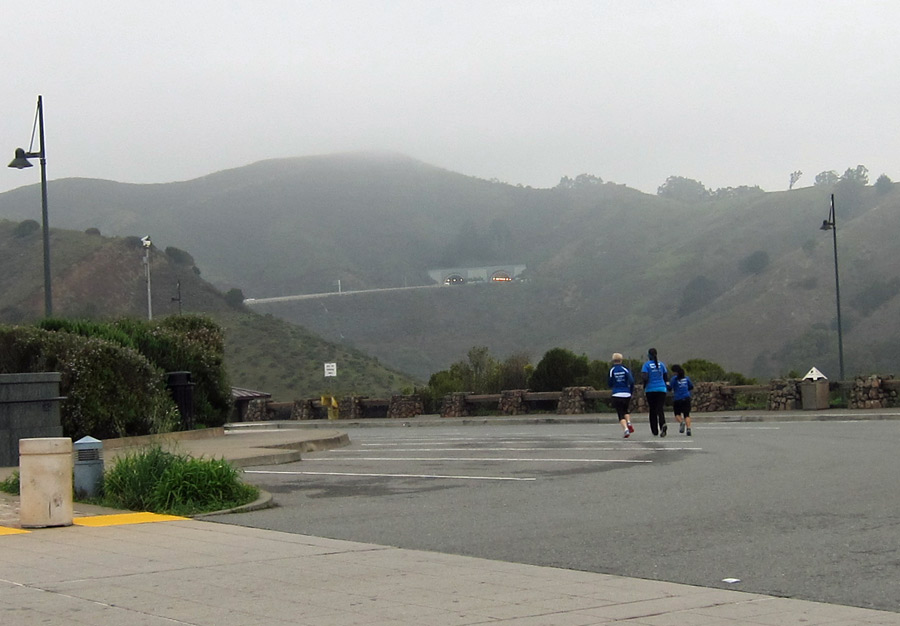 LIFE Runners are another manifestation of the joy-filled youth who are the new face of the pro-life movement.  As Nancy Keenen, then-president of NARAL lamented in 2010 when she attended Washington DC’s March for Life “I just thought, my gosh, they are so young…There are so many of them, and they are so young.”

And there are more of them, and younger, and happier every day.