We’ve all seen the great drone video of the Walk produced by Skeye Studios. 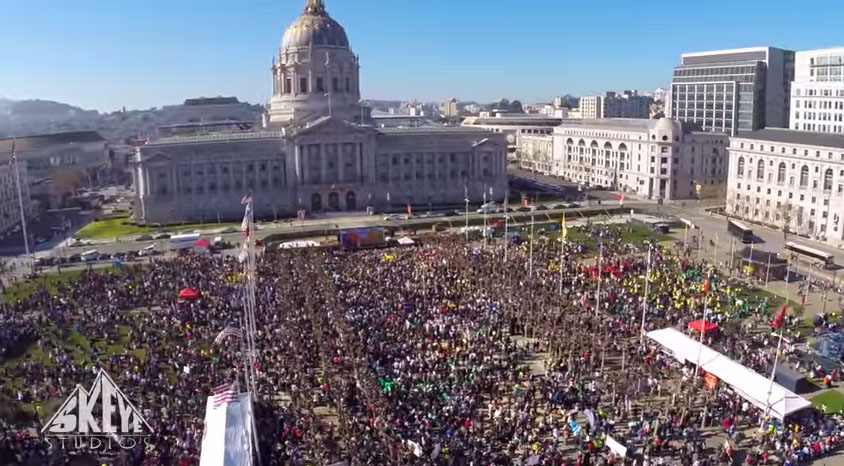 But check out the backstory, reported by Dustin Siggins in LifeSiteNews. I pretty much did not know any of this. Very interesting!

Each year, tens of thousands of people participate in the inspiring Walk for Life in San Francisco. If you were one of the unlucky ones who had to miss it, however, fear not — the folks at Skeye Studios have you covered with their wicked cool new video.

According to Skeye founder Chris Kiefer, who LifeSiteNews interviewed on Tuesday, “We are a business, but we run on specific values. One of those values is respect for all life, which is why we felt this video was so important.”

“From the time of branding our company in 2013 with the slogan ‘Video with a purpose,’ we have sought out non-profits that are doing amazing work to in our country and the world. In this particular scenario we saw an opportunity to create a promotional video that would catch the eyes of other pro-life advocates,” said Kiefer. “Everyone has been to an event before that they were passionate about, and you tell your friends about it. We knew that if we were going to do something for WFL that was going to catch peoples’ attention, it had to be unique.”

“So, rather than just shoot and edit a promo for next year’s event, we decided to take on a task that was a little more daunting.”

“We wanted to shoot, edit, and upload a promotional of the walk BEFORE the walk was over,” said Kiefer.

Learn how they did it over at Life Site News.