Our local NBC affiliate covered the Walk. They did not take a very good photograph, so we won’t use it. Instead, here is a shot by Walk for Life West Coast Media Team member Darwin Sayo, of Walk speaker David Daleiden, who is quoted in the NBC story. 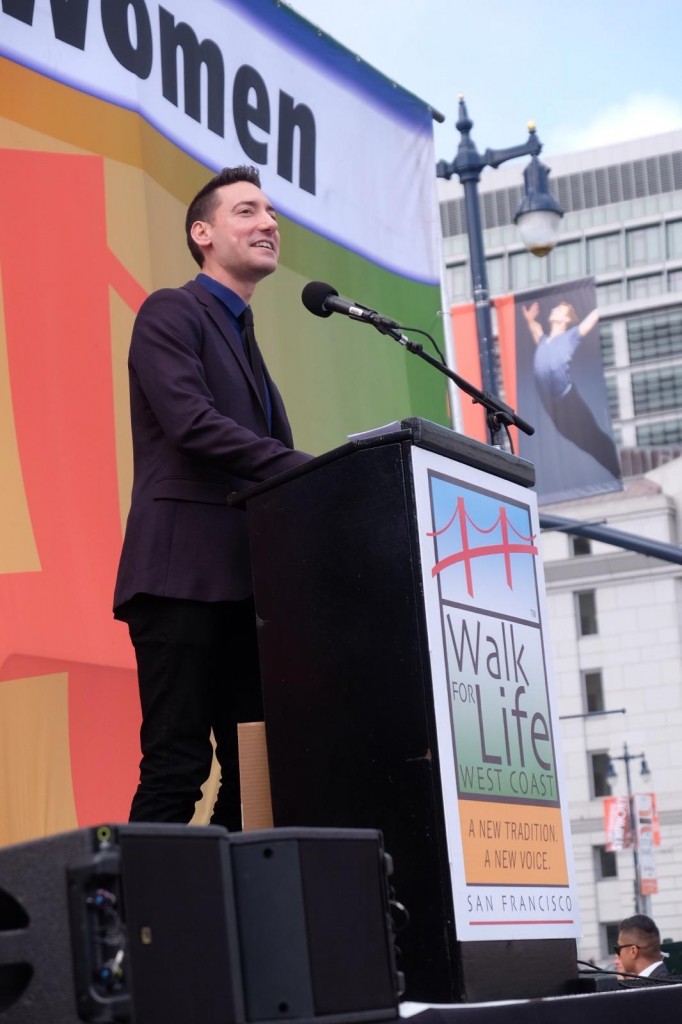 The march comes just one day after the monumental court ruling that legalized abortion, known as Roe v. Wade, celebrated its 43rd anniversary.

Founder of the Center for Medical Progress David Daleiden was a primary speaker at the West Coast event, which was scheduled to run from 1 p.m. to 3 p.m, but ran a little over.

The march officially began at 12:30 p.m. with a rally at the plaza, and then attendees marched down Market Street to Justin Herman Plaza.

Daleiden became a public figure last year after he produced a series of videos that purported to expose Planned Parenthood “selling baby parts.” He has since been slapped with a lawsuit by the organization for allegedly violating a slew of state and federal laws, including trespassing and secret taping.

Counter-protesters were also on the scene Saturday, with many reproductive rights advocates defending abortion rights.