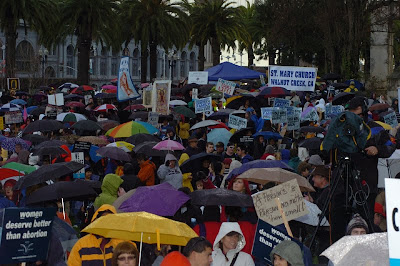 People from all over. 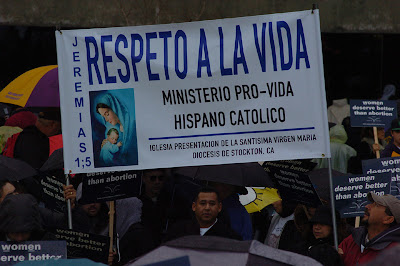 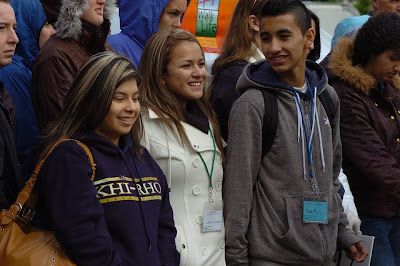 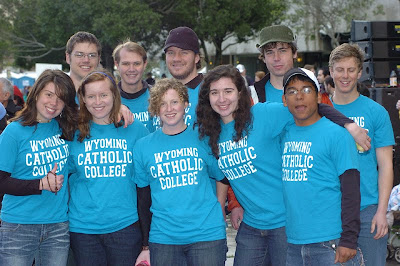 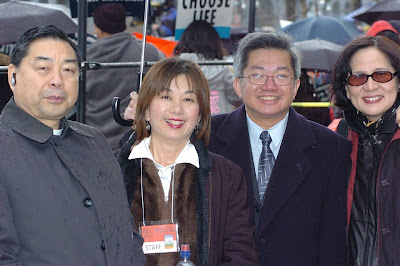 Left to right: Rev. Dr. Franco Kwan of the true Sunshine Episcopal Church and Chairman of the Chinese Christian Union of San Francisco, Dr. Evelyn Li, M.D, F.A.C.C., founder and Chairman of Patients’ Advocates; our old friend Mr. Frank Lee of Asian Americans Pro Life, and Dr. Olivia Hsia, M.D. Dr. Hsia has said that she has saved more lives by speaking out against abortion than by being a medical doctor!

What a blessing the Doctors were for us! In addition to their day-to-day pro-life work, they helped two people in the crowd who were taken ill. 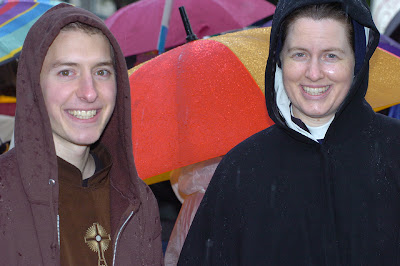 Brother Malachi of EWTN and Sr. Magadalene of the Sisters of Life 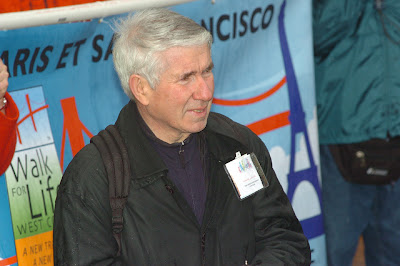 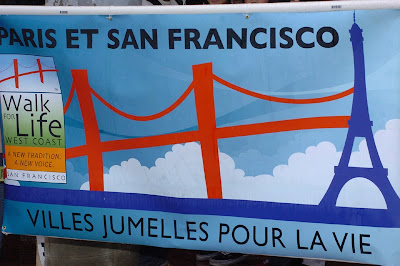 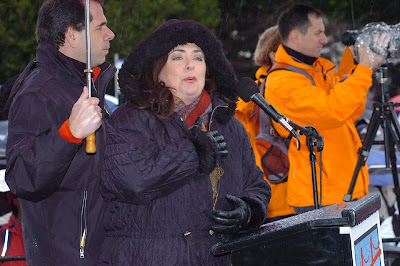 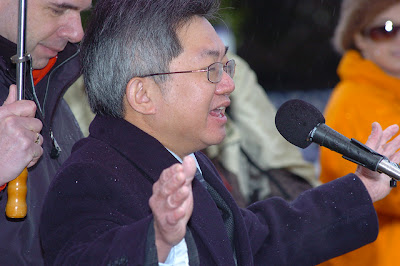 Then Frank Lee gave the invocation.: “Every life is precious and should be cherished. We have a tough battle in front of us, but we shall overcome when we combine our efforts to make it a perfect whole!” 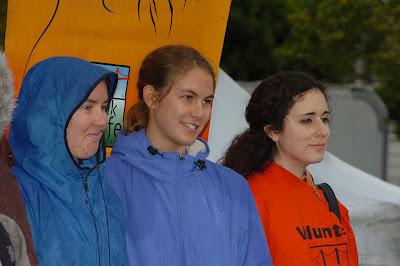 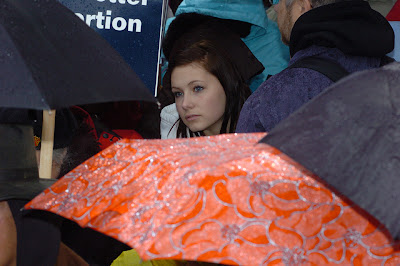 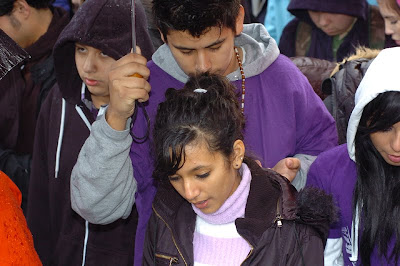 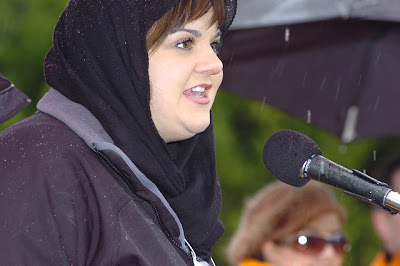 Abby Johnson, former Planned Parenthood Clinic Director, spoke.
“If you’re here, you’re an activist!” What a great addition to the cause! 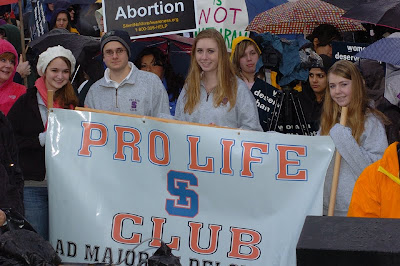 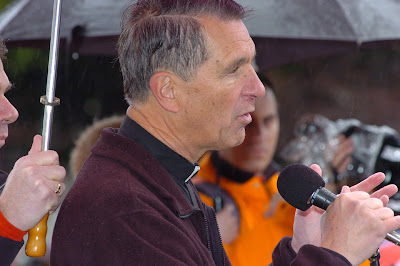 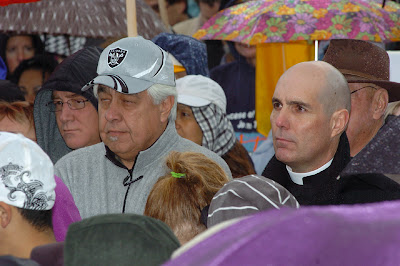 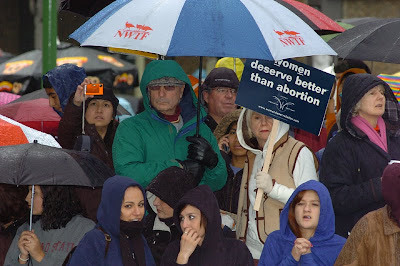 People of all ages were there. 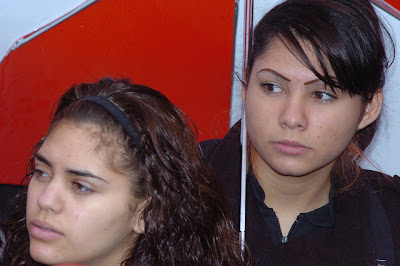 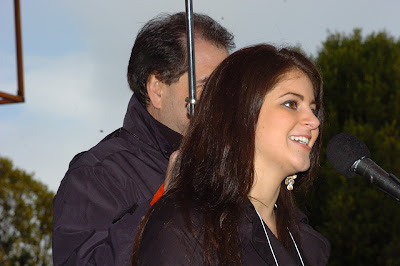 Lila Rose of Live Action, whose exposure of Planned Parenthood has made national news,
wowed us. 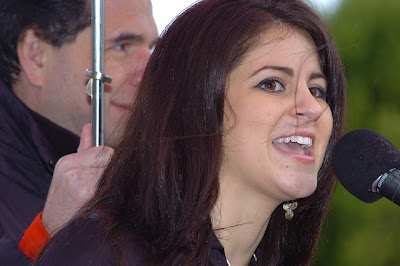 “It is up to us to stand, raise our voices, and protect the smallest.” 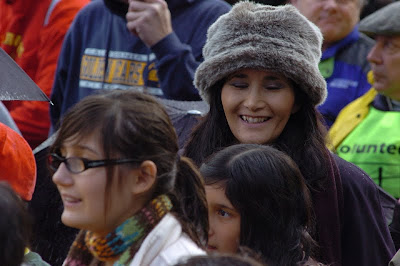 A mom and daughter. 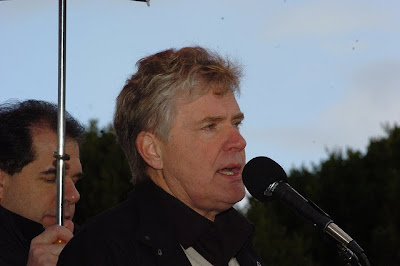 The Reverend Jim Garlow, Pastor of Skyline Church in La Mesa, California
electrified the crowd: “If ever there was a time to ‘seize the moment’ in the interest of unborn babies, it is now” 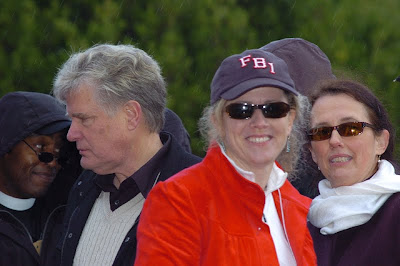 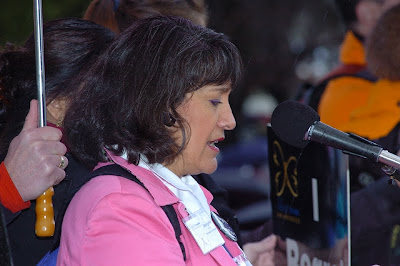 Georgette Forney, of Silent No More, told her moving story. 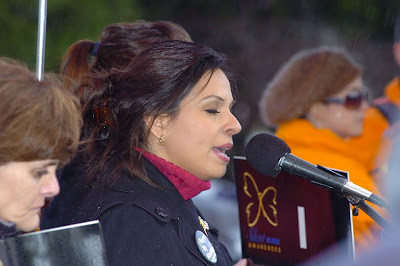 As did Irene Beltran. 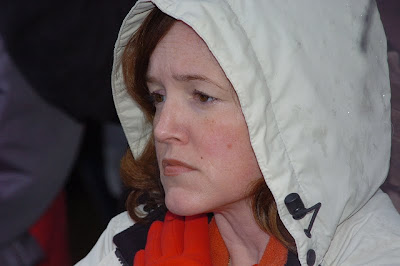 The stories of women recovering from the pain of abortion is heart-wrenching. 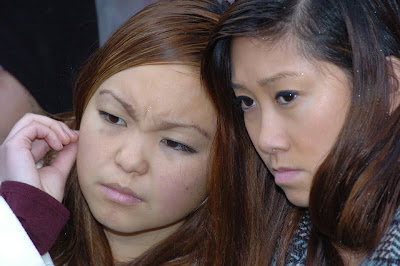 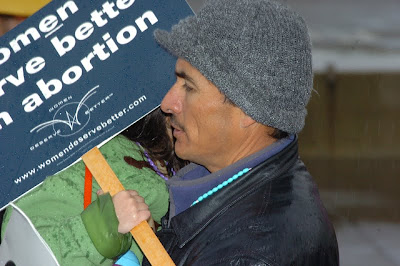 A dad carries his daughter as the Walk begins.

All photos this post by Maureen & James McKenzie of the Walk for Life West Coast Media Team.