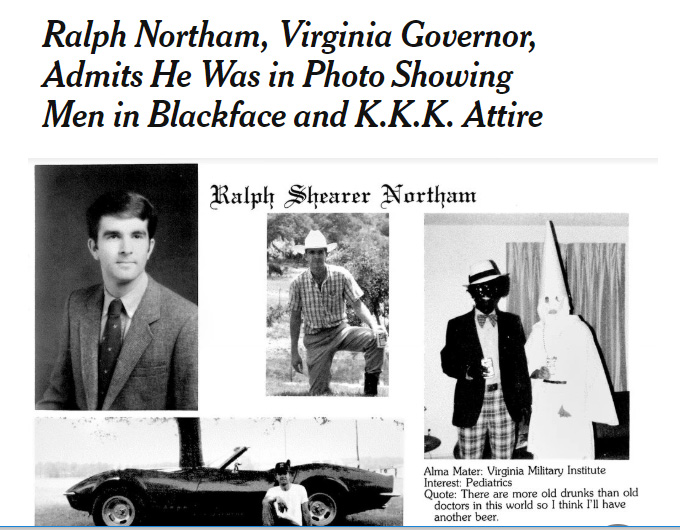 The infanticidal governor of Virginia, who last week outraged anyone with a conscience when he publicly said he was OK with letting children be murdered, also received $3 million in campaign help from Planned Parenthood. He is also one of the two men in this 1984 photo showing one man in ‘blackface’ and another man dresses in KKK hood and robes. Almost all pro-lifers are familiar with Margaret Sanger’s association with Planned Parenthood and the Satanic “Negro Project.” Our own dear friends and Walk for Life West Coast speakers the Rev. Walter Hoye and the Rev. Clenard Childress have devoted their lives to stopping this genocide—and that is not too strong a word. Black children are killed by abortion at a higher rate than any other group of children in the country.

The KKK/Planned Parenthood relationship obviously has not gone away—it lives on in the person of Governor Ralph Northam.