An anonymous photojournalist who goes by the name Protest Shooter has covered the Walk for the past couple of years. The photos are good and the captions are witty. Check them out:

This is going to be a bit of a short report. I didn’t take a lot of pictures of signs that were the same as last year. What I was primarily interested in was that the event got bumped from their usual location by a competing event – the West Coast Rally for Reproductive Justice who apparently got their permit application in earlier or something. This was just as well since the Walk for Life totally overflowed their location, and the new location in front of City Hall is much better. It’s not only larger but also the walk was was right smack down the middle of Market Street instead of around the edge of the town.

First off, let’s check out the West Coast Rally for Reproductive Justice: 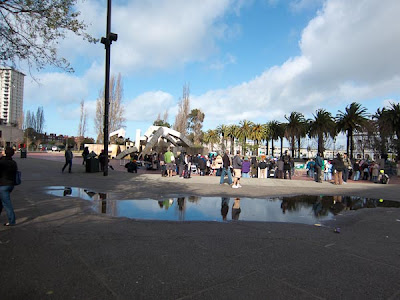 I can’t believe I get suckered by these people into showing up for these things. 80 people and a couple of tables with brochures. Let’s see how the Walk for Life is going… 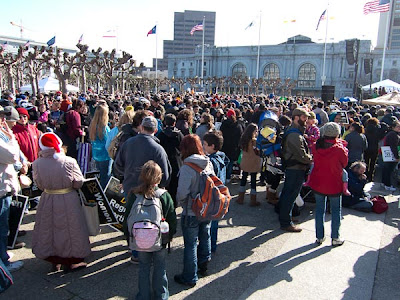 Read the whole thing, and thanks for covering us, Protest Shooter! There is video at the site, too.