Pro-lifers come from all over to the Walk for Life West Coast, including from Reedley, CA. Here’s an article from the Reedley Exponent describing the experiences of some local young people at the Walk:

By Eddie Jimenez / Special to The Exponent 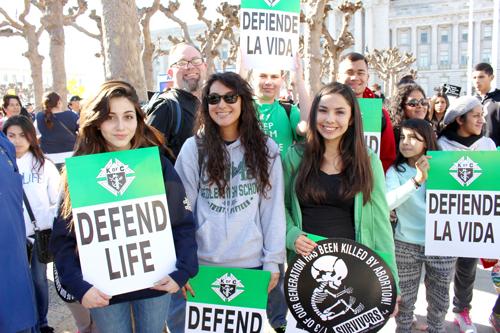 From left, Dorian Salas, Sophia Lopez and Destiny Alvarado from Reedley were part of the 450-person contingent representing four local communities at the Jan. 24 rally and march. Danny Vasquez / Contributed

About 450 people from Reedley and surrounding communities took part in the 11th annual Walk for Life West Coast rally and march Jan. 24 in San Francisco to voice their opposition to abortions in the United States.

Parishioners from St. Anthony of Padua Catholic Church filled four of the eight buses that departed from Reedley.

They were accompanied by residents from Dinuba, Parlier and Selma.

The Valley residents joined an estimated 50,000 people who gathered for the rally at the Civic Center Plaza and the march along Market Street.

Many young people were among the Reedley contingent, including brothers David and Randy Martinez. Both participated in the the rally and march for the second time on Saturday.

David, 19, said he wanted to show his continued support of being pro-life. He also said liked the rally speakers, many whose lives were affected by abortions.

“I really enjoyed the impact they have on people, especially when they share their stories,” he said…