As always, our friends from Secular Pro-Life were at the Walk for Life West Coast and the accompanying Students for Life of America Conference. Here’s an excerpt from their blog:

The rally before the Walk was this bizarre San Francisco weather fluctuation, alternating between warm sunshine and sudden, cold rain. It was funny to see the giant crowd suddenly covered with umbrellas, then back to people milling around, then a wave of umbrellas again. But after seeing what our friends on the East Coast went through, we could hardly complain about the weather.

I really liked the Walk’s speaker line up this year. The first speaker was David Daleiden of The Center for Medical Progress and #PPsellsbabyparts fame. It was cool to see a Millennial up there. The Walk also invited Obianuju (“Uju”) Ekeocha, a Nigerian woman who encouraged American pro-lifers to take their pro-life activism to a more global level.  There were also several portions of the rally given in both Spanish and English, which is nicely inclusive for the traditionally heavily Latino San Francisco crowd.

Last year during the Walk I was almost 8 months pregnant, which means this is the first year my daughter got to see it. My 10-month-old daughter was a trooper, watching the crowd curiously and especially enjoying exploring our banner. 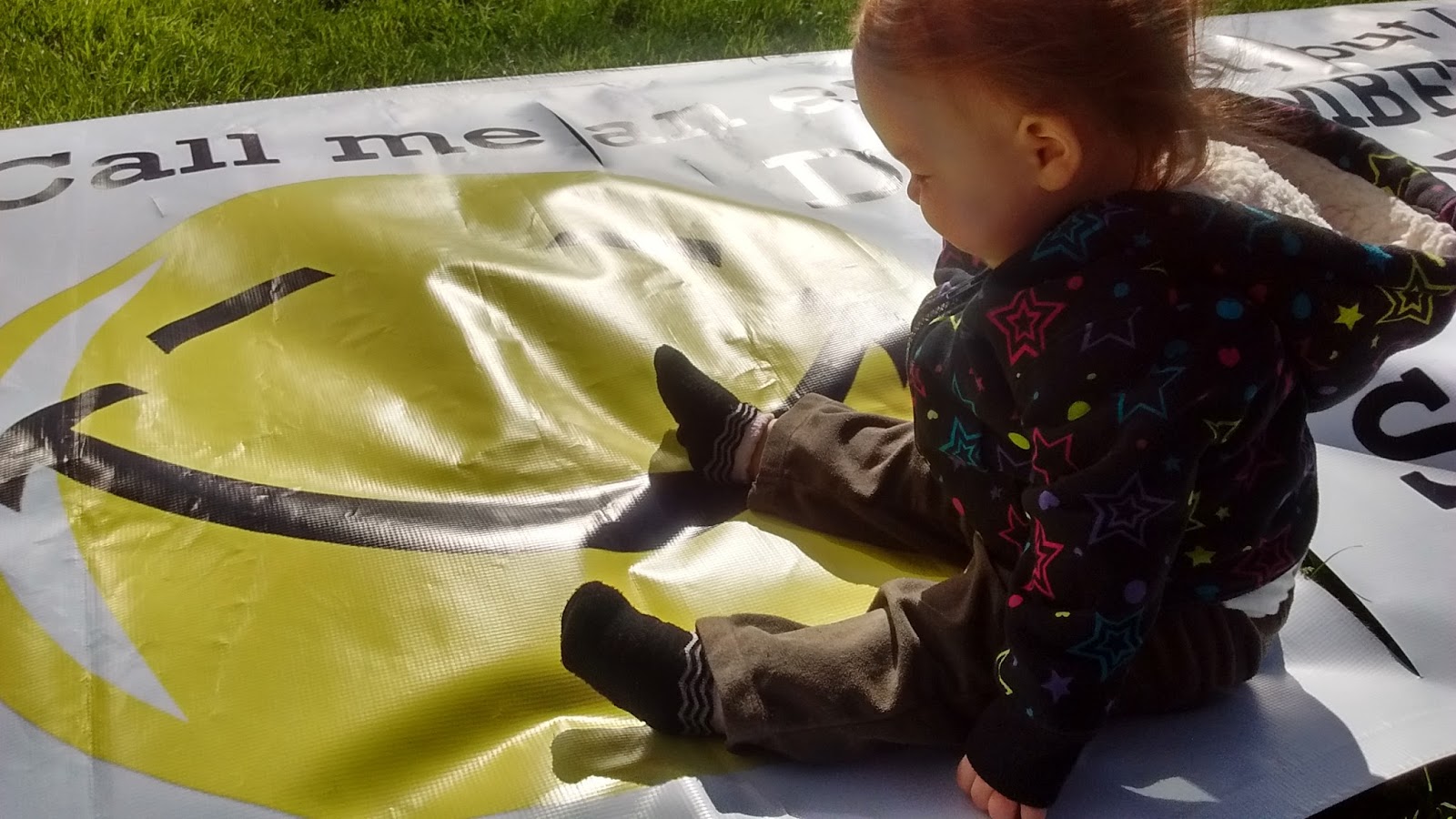 However, once the Walk actually started she slept through the entire thing. Not that she would’ve understood what’s going on anyway. As every year before, it was a huge column of people pouring into downtown San Francisco. We walked several city blocks before we even saw the counter protesters. Personally I enjoy the Walk more when there are more counter protesters there, and this year there was a larger crowd than there had been for several years past….

Read the rest at the Secular Pro-Life blog!