The pro-life movement, and the whole country,  lost a courageous and unique voice yesterday. Mr. Nat Hentoff, a lifelong gadfly for justice and truth passed away at age 91. Mr. Hentoff described his embrace of the right to life: 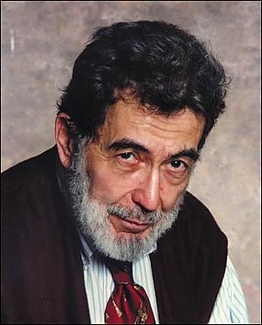 “My own choice to become pro-life had nothing to do with religion. It was hastened by a letter in the Feb. 18, 1990 issue of the Journal of the American Medical Association by North Carolina physician Joel Hylton: ‘Who can deny that the fetus is alive and is a separate genetic entity? Its humanity also cannot be questioned scientifically. It is certainly of no other species. That it is dependent on another makes it qualitatively no different from countless other humans outside the womb.’

‘It strikes me,’ Dr. Hylton continued, ‘to argue one may take an innocent life to preserve the quality of life of another is cold and carries utilitarianism to an obscene extreme. Nowhere else in our society is this permitted or even thinkable — although abortion sets a frightening prospect.'”

In his 50+ year career as a journalist, Mr. Hentoff covered just about every subject under the sun: music, (especially jazz, although he also wrote the liner notes for Bob Dylan’s second album), civil liberties, education, as well as novels for both adults and children. He wrote for The Village Voice for 50 years, as well as The New Yorker, The Washington Post, Down Beat magazine and many other publications.

In a 1999, article describing Mr. Hentoff as “The Last Honest Liberal” Clay Waters wrote “Hentoff is pro-life, and in 1992 he wrote his most famous apostasy with the left, ‘Pro-Choice Bigots,’ for the New Republic. In it he lamented Jesse Jackson’s lapsed pro-life stand and ripped into the hypocrisy of a Democratic party that speaks of tolerance but brooks no dissent on the abortion issue. He noted that some Voice colleagues stopped speaking to him after he first came out against ‘the annual killing of 1.6 million developing human beings.’ When I referred to him half-jokingly as an atheist Catholic, he replied dryly, ‘atheist will do.'”

Bless you and thank you, Mr. Hentoff. May you rest in peace!