The Holy Innocents, Patrons of Babies

Today, in the Catholic Church, is the Feast of The Holy Innocents, Martyrs. From Franciscan Media:

Herod “the Great,” king of Judea, was unpopular with his people because of his connections with the Romans and his religious indifference. Hence he was insecure and fearful of any threat to his throne. He was a master politician and a tyrant capable of extreme brutality. He killed his wife, his brother and his sister’s two husbands, to name only a few.

Matthew 2:1-18 tells this story: Herod was “greatly troubled” when astrologers from the east came asking the whereabouts of “the newborn king of the Jews,” whose star they had seen. They were told that the Jewish Scriptures named Bethlehem as the place where the Messiah would be born. Herod cunningly told them to report back to him so that he could also “do him homage.” They found Jesus, offered him their gifts and, warned by an angel, avoided Herod on their way home. Jesus escaped to Egypt. 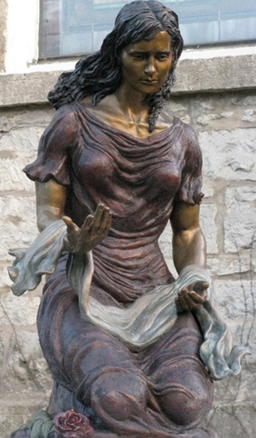 Herod became furious and “ordered the massacre of all the boys in Bethlehem and its vicinity two years old and under.” The horror of the massacre and the devastation of the mothers and fathers led Matthew to quote Jeremiah: “A voice was heard in Ramah, sobbing and loud lamentation; Rachel weeping for her children…” (Matthew 2:18). Rachel was the wife of Jacob/Israel. She is pictured as weeping at the place where the Israelites were herded together by the conquering Assyrians for their march into captivity.

The Holy Innocents are few, in comparison to the genocide and abortion of our day. But even if there had been only one, we recognize the greatest treasure God put on the earth—a human person, destined for eternity and graced by Jesus’ death and resurrection.

There IS hope after abortion! Visit Project Rachel or Silent No More.