‘The largest human rights march in the world’

Bless their hearts! LifeSiteNews reports on today’s March for Life in Washington DC: 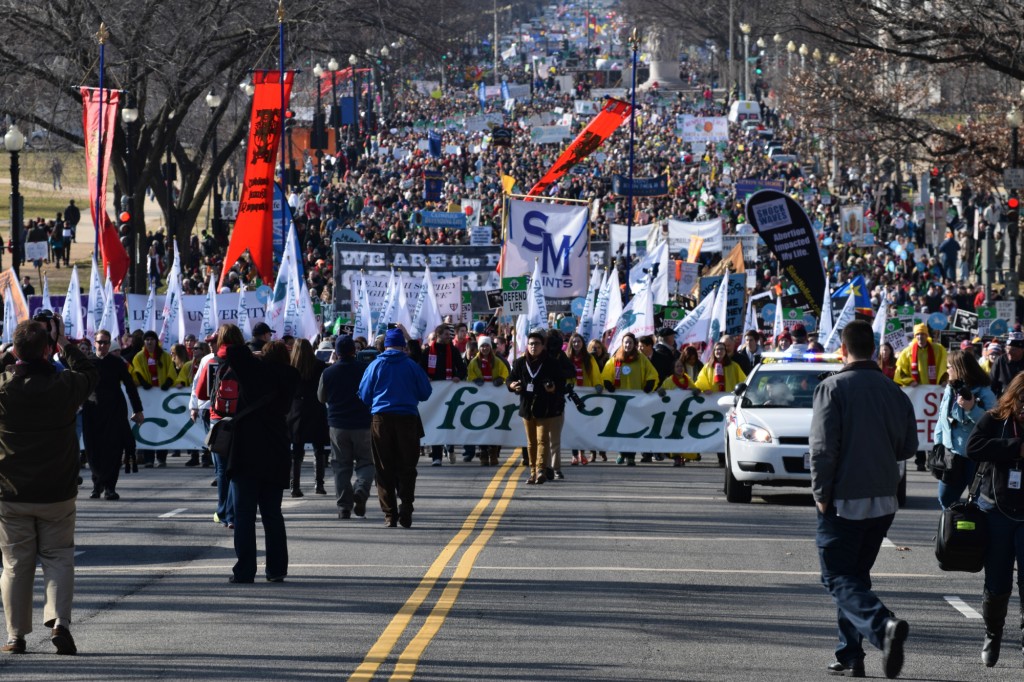 ‘The largest human rights march in the world’: Hundreds of thousands join DC March for Life

The 42nd annual March for Life kicked off Thursday with an hour-long rally on the National Mall in Washington, DC, as hundreds of thousands of pro-life activists gathered beneath sunny skies and surprisingly warm temperatures to hear speeches from pro-life politicians and prominent movement leaders.

The rally opened with a benediction from Roman Catholic Archbishop Joseph Kurtz of Louisville, KY, who was flanked by both Catholic and Orthodox clerics as he led the crowd in prayer and asked God’s blessing on the March.

And Pope Francis himself sent his support, bless his heart! Congratulations, thanks, and blessings to our brothers and sisters on the East Coast.