Steve and many of his crew of security volunteers have been with the Walk for Life West Coast since day one–and that’s one VERY important reason that the Walk is always so safe and smooth! Of course, they are Knights of Columbus, and Steve was profiled in a story on the K of C. website.

Pictures of Steve (in the red cap talking into the microphone, with Mark Walsh, big guy in the tan hat) are surprisingly tough to find–this one’s from 2013–or maybe not! He’s so busy keeping things safe and working with the SFPD that the photographers don’t have time to focus! 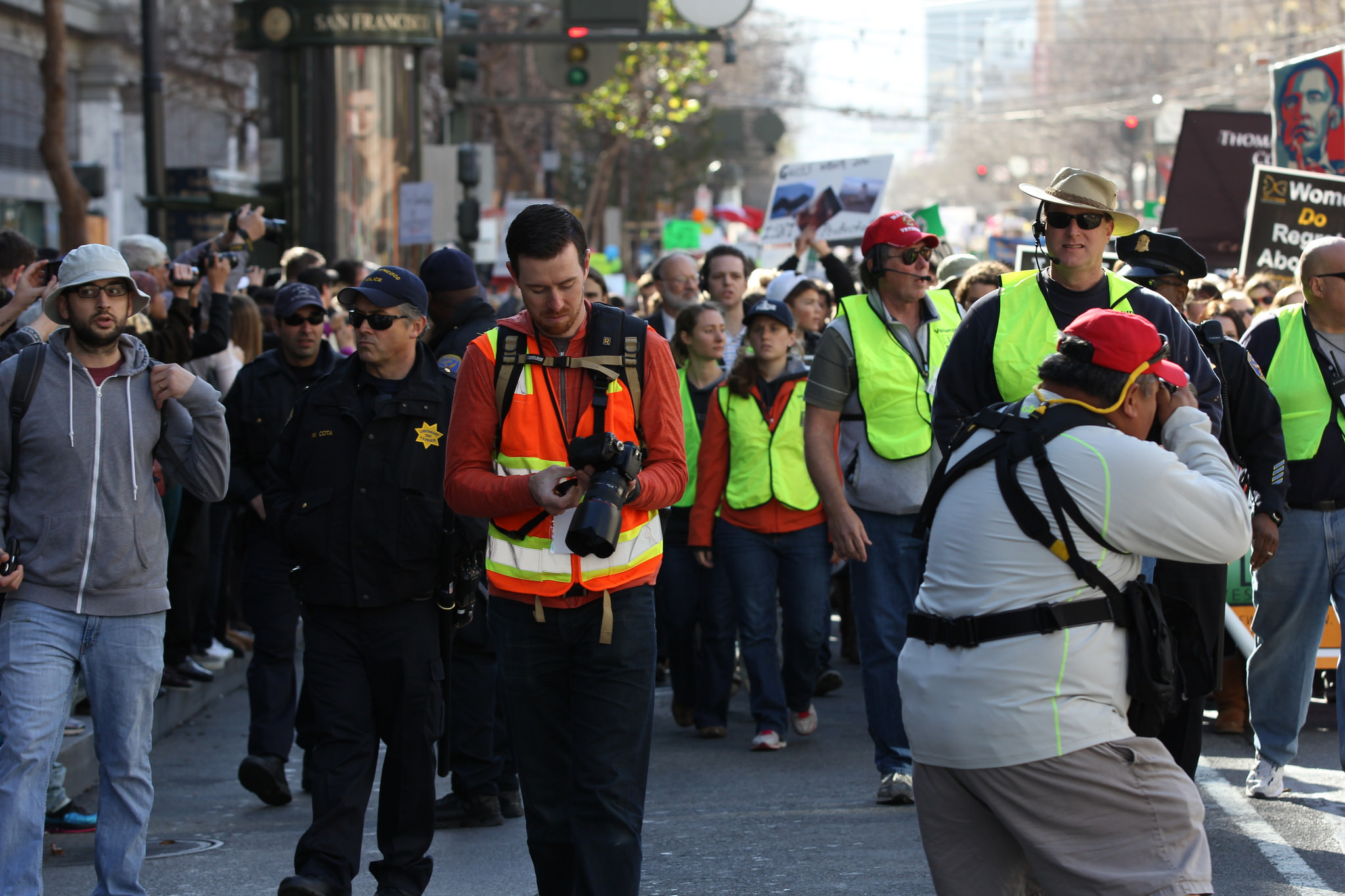 Steve and Mark at the 2013 Walk for Life West Coast.

On January 27, one week after the March for Life in Washington, D.C., the Walk for Life West Coast changed the hearts and minds of those attending. The ten-block walk through the main streets of San Francisco, is the second largest pro-life event in the United States, drawing an estimated 60,000 people.

In the hilly city known for its beautiful Golden Gate Bridge, Victorian houses and technology, San Francisco made history as a progressive leader in the pro-life movement in 2005 when the Walk for Life West Coast began. It showed that in the face of adversity, with severe protests from pro-abortion activists that attacked the peaceful Walk for Life participants, a strong voice and message of hope could still be heard.

“On the positive side, I’ve heard reports of people walking along and protesters coming up and saying, ‘Ya know I’ve been protesting you guys for a few years. I really like what you’re doing. Can I join your walk?’ They’re looking at us thinking there’s something good that these people are doing. You can see that they’re changing their mind,” said K of C member Steve Hagarty, from Concord, Calif., and St. Francis of Assisi Council 13179, who is in charge of security for the walk….