“Walter and Lori are the epitome of love” #walkforlifewc

Two great stories in the Oakland Catholic Voice about the Rev. Walter and Lori Hoye, and the StabdUp4Life Rally on Friday, January 26, the day before the Walk. 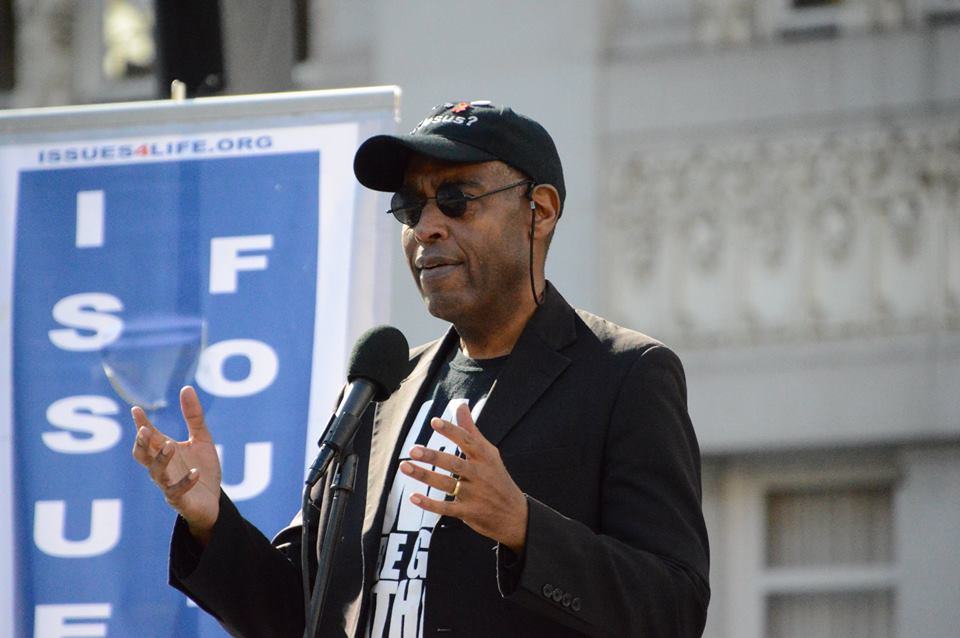 “We need public servants who know the difference between serving the public and killing the public,” Father Frank Pavone told the noonday gathering in the plaza in front of Oakland City Hall on Jan. 26.

The 11th annual StandUp4Life rally, sponsored by Rev. Walter Hoye’s Issues4Life Foundation, was buoyed on many fronts: a president of the United States who has pledged to advance a pro-life agenda; recent polls, including a Marist Poll that found Americans of all political persuasions favor substantial abortion limits; and locally, the closure of the Family Planning Specialists Medical Group in Oakland.

Hoye had been arrested on the sidewalk in front of the abortion provider in 2008. He faced a two-year jail term for violating the Oakland “bubble” ordinance, but was sentenced to 30 days in jail. On appeal, the charges were dismissed.

While Rev. Hoye’s Oakland rally, on the Friday before the West Coast Walk for Life, draws a smaller crowd than its San Francisco counterpart, a trio of nationally recognized pro-life leaders delivered messages of hope. 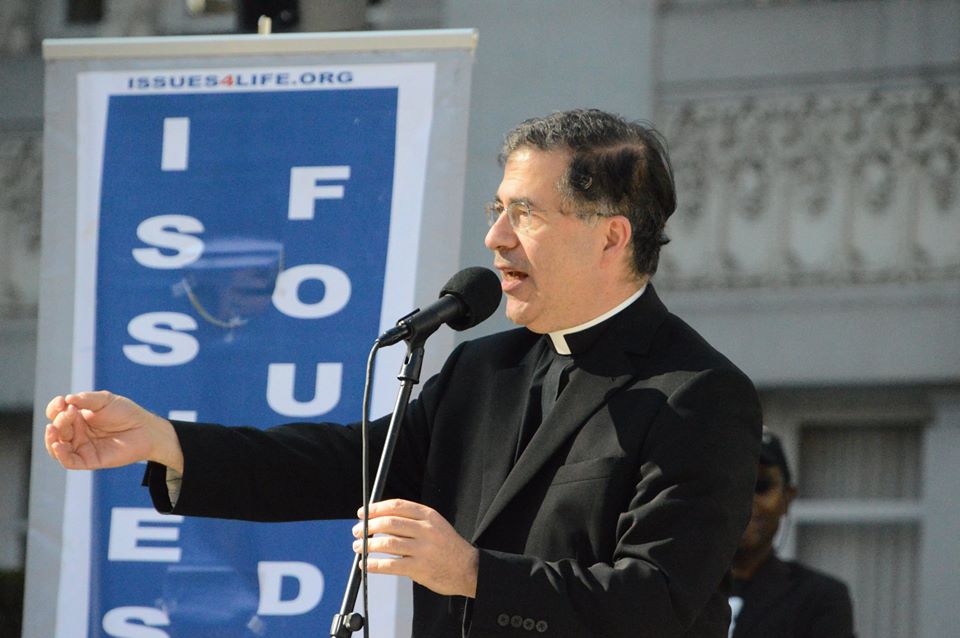 “This is not the city for those who want the unborn to be killed, who think abortion is some kind of right” said Father Pavone, head of the national Priests for Life ministry. “It is the American people who live in these cities. As polling continues to tell us, the American people are pro-life.”

Remember, Walter and Lori can ALWAYS use financial help in this critical ministry! Go here to donate!

Read the whole thing, and the second story, here.